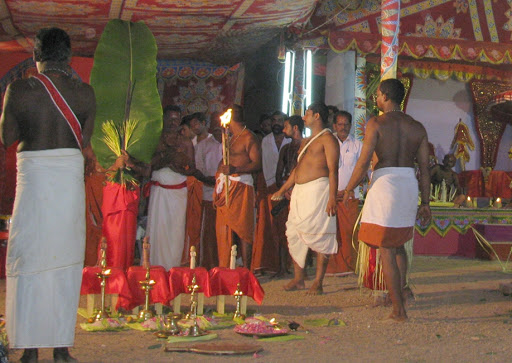 Kerala has birthed and nurtured a plethora of art forms over a thousand years. Our shores have watched them evolve and flourish in various shapes and forms.

Paana or Pallippaana, as it is sometimes called, is a ritual art to propitiate the goddess Bhadrakaali. Also known as Paanakali, the art form is popular in the districts of Thrissur, Palakkad and Malappuram. Paana is part of a three-day festival. A canopy is supported by 64 posts cut out from the Paala tree ( Alstonia scholaris) and adorned with tender palm fronds is erected near the shrine of the goddess. A stump of this tree is ceremonially brought to the site and planted there for the occasion and a non-figurative kalam is drawn in the centre using coloured powders. A ceremonial sword is placed on a red silk cloth under the tree stump to signify the presence of the goddess.

At the end of a series of rites, the oracle arrives and moves in a trance around the kalam and the pandal (canopy). The para, a variation of the chenda is the main percussion accompaniment. The dream beats work up to a frenzy to match the steps of the oracle. Performed during the night, the ritual lasts for about three hours.