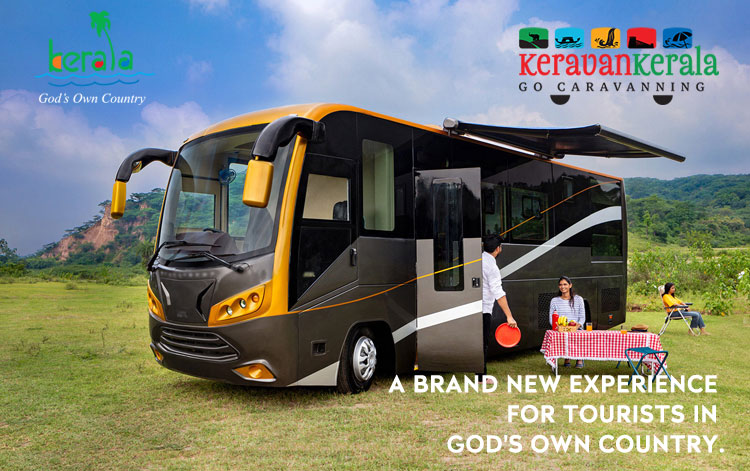 The Caravan Tourism project starts with the idea of ​​how people can arrange a safe journey when they cannot go out or travel. Every traveler wants safe travel, accommodation, and food during this time. The Caravan Tourism Project is great hope and opportunity for people who have been unable to travel for a long time and had to stay at home. Houseboats came to Kerala in the 1980s. It was a new product in the tourism sector. Houseboats are still the main attraction of Kerala tourism.

Due to various reasons, it was not possible to bring a new product later as part of Kerala Tourism. The caravan is the latest product launched by Kerala Tourism after Houseboats. Caravan Tourism is Announced to be launched in Kerala on September 15, 2021. Since then, many people from all over the world have expressed interest in becoming part of Caravan Tourism. So far, the tourism department has received 154 applications for 303 caravans from the private sector. 67 people have already come forward for the first 100 caravan parks.

Five months after the announcement of the project, the first caravan park in Kerala is being inaugurated. The first caravan park will be starting at Vagamon, a major tourist destination in Kerala. Tourism Minister P A Muhammad Riyaz will open the Caravan Park to the public on February 25.

Travelers have the option to do Tourist Bus booking in Trivandrum, Ernaukulam and from all other major cities in Kerala.