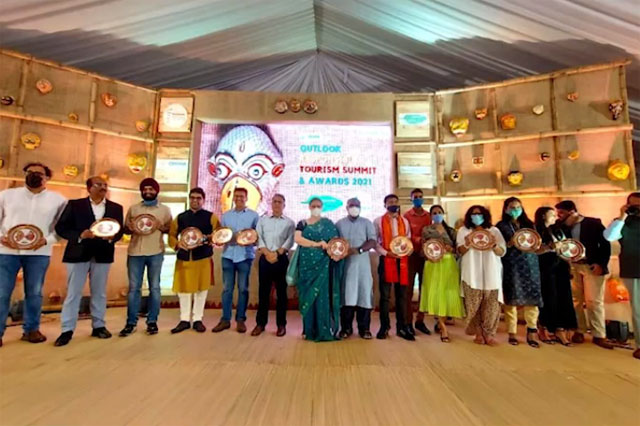 In yet another endorsement of the globally-renowned Responsible Tourism project of Kerala as a path-breaking model, the community-driven initiative has bagged the coveted gold in the “Best Future Forward State” category at the sixth edition of the Indian Responsible Tourism Awards held at Konark in Odisha. Odisha received the Silver in this segment. For Kerala’s Responsible Tourism Mission, this is the 11th award since its launch in 2017.

“This is a truly deserving endorsement of our trail-blazing RT Mission, which has rolled out commendable initiatives across the state, based on the sustainable development mode” said Tourism Minister Shri Kadakampally Surendran. Accepting it as a model worth following, the Madhya Pradesh Government recently signed a memorandum of understanding with Kerala for adopting the best practices from the state. The Kerala RT Mission has over the years assumed the dimensions of a grass root movement, with over one lakh people belonging to hundreds of families spread around the state, enrolling as its members. “This recognition underlines the fact that Kerala has become a successful model for the whole country for sustainable tourism development”, said Smt Rani George IAS, Principal Secretary Tourism, Government of Kerala.

“This award has come when we are planning to extend the RT initiatives to the local body level across the entire state, and it will be an encouragement to the endeavor,” said Shri V R Krishna Teja IAS, Director Tourism. “We dedicate this award to the over one lakh members of the RT Mission from across the state”, said Shri K Rupeshkumar, State RT Mission Coordinator.