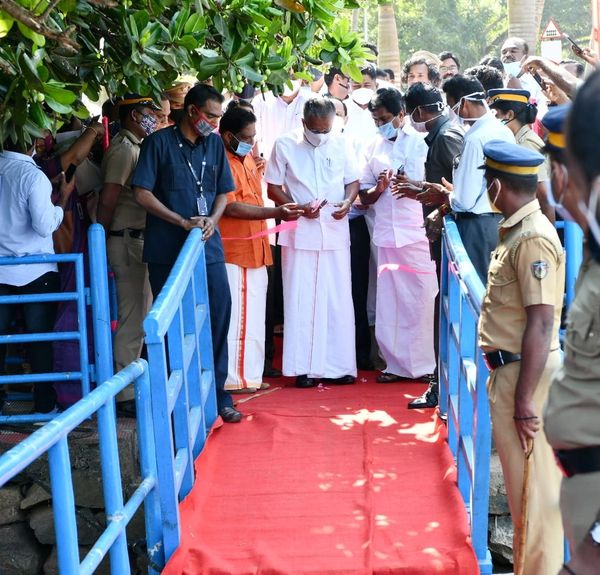 Chief Minister Pinarayi Vijayan inaugurated 520 km of the first phase of the National Waterway, marking a new chapter in the transport and tourism sector of Kerala. Simultaneously, the initial work of the second phase began. Inaugurating the project, the Chief Minister said that since the coming to power of this government, there has been a huge growth in the transport sector.

That change is reflected not only in road transport but also in the air and water transport sectors. At the same time, with the setting up of the National Waterway, new possibilities are opening up. With the provision of water transport facilities from North Bekal to South Kovalam, relatively low cost and pollution-free travel systems will become a reality in Kerala. The West Coast Canal is made up of several canals connecting lakes and rivers parallel to the coast of Kerala.

Of this, 328 km from Kollam to Kallai in Kozhikode district is National Waterway (NH-3). The central government agency IW-AI has carried out operations in only 168 km from Kollam to Kottapuram. The 160 km stretch from Kottapuram to the Kallai river was developed by the state government. Other parts are considered State Waterways. The CM also said that there are 1200 km of feeder canals in various districts.

After this Government came to power, it was decided to classify the canals and bridges in the Southern Districts and Malabar for modernization and to implement the canal development in three phases. In the first phase, the existing canals were deepened to the available width and made passable. The construction of the canal will be implemented in the second phase ending in 2022 at the national waterway level by increasing the width of the canals by acquiring the land vacated by the encroachments. The construction of the West Bank Canal and Feeder Canals will be completed in Phase III, which will end in 2025.