Covid vaccination Centers; Google Maps has come up with a new feature 1 day ago
Column

Pambadumshola National Park – Our green on the “parched” 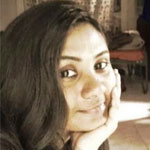 When the greedy minds multiplied, they wandered searching of plots to wreck the good and create what benefits them the most! They cut the grasses, they implanted wattles, synonym to weed! The wattle trees, literally ruled, swallowing the last drop of water underneath! And gradually, affected the ecology. The bison, birds and the frogs vanished! Nearby villagers, helplessly gazed at their vague cultivations! And there stuck, fortunately or unfortunately, a forest fire which destroyed all the wattles, leaving the meadows dark and brown! But, a wattle weed is stronger enough to emerge within no time resulting zero chance of grasses sprouting again in the meadows! Hopes took turns! Some good hearts wanted to restore the grasslands and bring the bison, birds, frogs and crickets back to the place and wanted the ecology play at its best!

So, that it where, we lets go for a camp, became a part of this story! The story of us, witnessing the process of a brown, parched land to a green grassy land!

Munnar! Beyond top station, it has another amazing world of beauty where the ecology stays unaltered! Pambadumshola National Park is simply a queen of serenity! And one has to walk for about an hour to the location of our story, watching this beauty and if lucky enough, one could spot the Nilgiri marten which lives unique in this place! This small trek ends up in a 39 hector land where once the wattles ruled! It was three years back, we lets go for a camp conducted our first camp during winter, titled “Grashoppers” in Pambadumshola National Park! We walked through the dry black land, witnessing the emerging wattles and some plots covered fully with the other weeds. We, for a day, gave helping hands to the authorities and the forest guards and uprooted these weeds. At the dusk, we walked back with our muddy hands. At nights, we spoke about the lost ecosystem! We conversed with the authorities about the cause! We did not stop with just one camp, we monitored the process of grassland restoration! They cleared and cleared and cleared the land, waited for the monsoon to plant the grasses, watered it and one day the green sprouted! The green sprouted fighting the weeds which constantly pulled backs its life! The patches of green doubled! And our hopes turned green!

We conducted camps at regular intervals to spend, contribute and talk again about the ecosystem, but as intervals passed, we talked not just about the lost ecosystem but also about the rejuvenating one. We talked about the efforts of so many people, and about the change! Meanwhile, we saw bison gracing, heard crickets singing at nights…

Each camps, made us happy and urged us to visit the place more and more with our new campers because our small efforts and the untiring efforts of the people who monitor it every day has brought green results! We were inspired to hear the words of the guards saying “We will once see a grassland here!”

The grasses give new hope! The grasses inspire us! And one day, we will definitely walk through the grassland and see grasshoppers hopping before us. Until then, we, let’s go for a camp keeps wading into…..spreading awareness and let know how important is to be a responsible traveller!

Sudhina believes that small things make life beautiful. Currently settled in Banswara, the Cherapunjee of Rajasthan, Sudhina is part of Srishti, a travel group by women for women, which practices responsible travel.