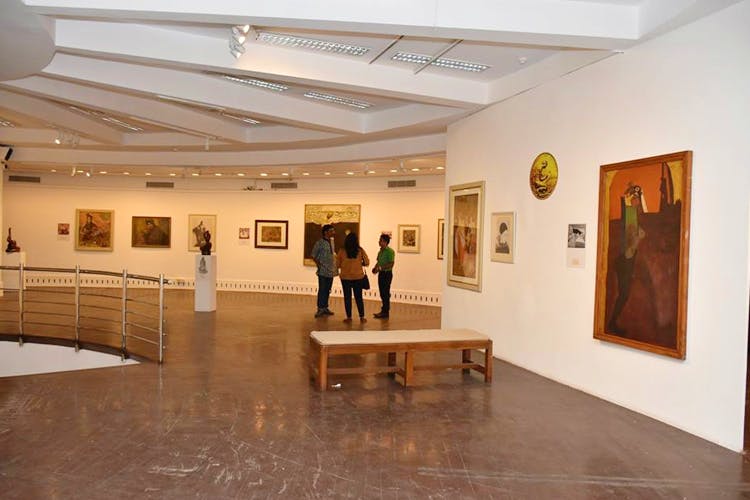 Works of art done on gigantic scrolls will form an integral part of the Republic Day celebrations, marking a unique collaboration between the Culture Ministry and Defence Ministry, a statement from the NGMA said.

“These scrolls analyse the potential of art as a means to express national pride and excellence… The celebration of true essence of ‘Ek Bharat, Shresth Bharat’ was visible in workshops where the rich diversity of our country in its cultural aspects was witnessed while portraying the heroic lives and struggles of unsung heroes of India’s freedom movement,” the statement said.

It said the works of art were diligently researched upon and painted by more than 500 artists spread over Odisha and Chandigarh.

Ten gigantic scrolls of approximately 750 m portray the tales of valour and legacy of the unsung heroes of India’s freedom struggle. Inspiration has also been drawn from the Constitution wherein artistic elements painted by Nandalal Bose and his team have imparted a distinctive appeal along with representations of indigenous arts of India, the statement added.

These represent the rich cultural heritage of India along with insights of struggles undertaken by the unsung heroes for achieving India’s freedom, it said.

At Bhubaneswar, the narratives reflected the tales of valour and historical elements of the freedom struggle focusing on Odisha, Bihar, Jharkhand, Chhattisgarh, Bengal, north eastern parts of India and Andhra Pradesh, with artistic expressions reflecting indigenous forms of art such as Pattachitra, Talapatra Chitra, Manjusa, Madhubani and Jadu Patua, the statement said.

“The NGMA, New Delhi has organised these workshops with the aim of amalgamating varied forms of visual and performing arts of the country to represent the true essence of unity and diversity in India.

“I believe that the gigantic scrolls, when displayed at the Rajpath, will garner interest of each individual to delve deep into the history of heroes of India’s freedom struggle and will also draw attention towards the unified visual aspects of modern, indigenous and contemporary arts of India,” said NGMA Director General Adwaita Garanayak.