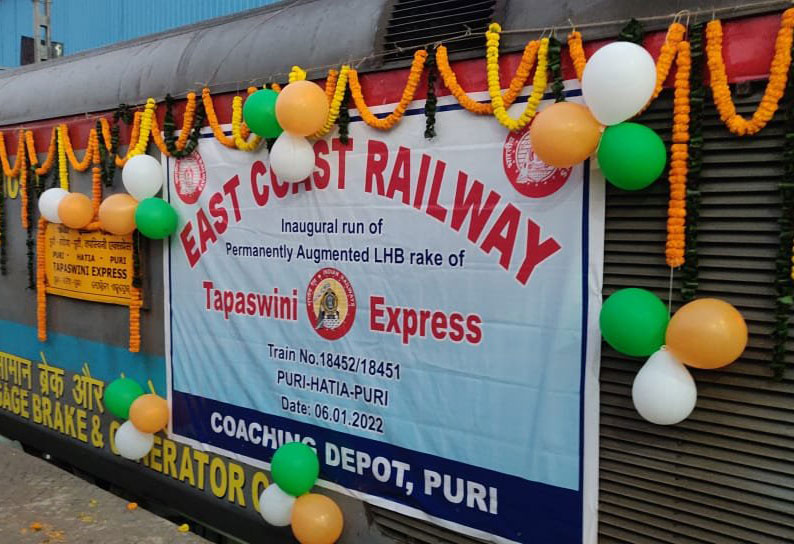 Vaishnaw said the railways decided to replace conventional coaches of the Puri-Hatia Tapaswini Express with modern Linke-Hofmann-Busch (LHB) rakes, more like the Rajdhani Express ones, to ensure a comfortable journey for the passengers.

Legislators and parliamentarians of the ruling BJD, however, skipped the function.

Vaishnaw gave assurance that no project in Odisha would be delayed for fund constraints.

He asked officials to speed up work on pending projects.

In another event, earlier in the day, the railway minister stated that the Centre has decided to install 2,379 mobile towers in Odisha.

The network expansion will be taken up under the Connecting the un-connected programme.