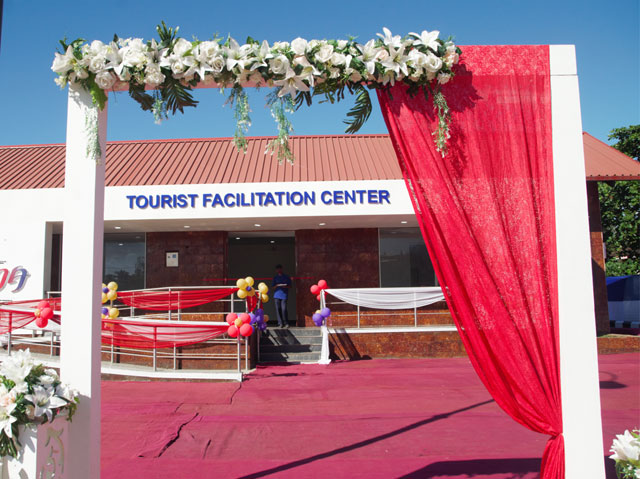 Union Minister for Tourism Shri G Kishan Reddy inaugurated tourist facilitation center and public utilities and changing room on Colva Beach in South Goa today. It was constructed as part of Development of Coastal Circuit II projects under the Swadesh Darshan scheme by the Ministry of Tourism, Government of India.

The Minister also unveiled foundation stone plaques for tourism infrastructure development works, parking and illumination at Colva and Benaulim beaches, and construction of public amenities at beaches in South Goa at a function held at Colva Residency, Colva Beach.

The beaches of Colva and Benaulim are among the world’s famous beaches. Located along the coastal belt of Goa, these beaches are visited both by the domestic and international tourists throughout the year. Ministry of Tourism under Government of India has sanctioned funds under Swadesh Darshan Scheme – II since the areas demand proper development, upgradation plan, facelift which can accommodate all touristic facilities for boosting the tourism industry in Goa.

The developmental projects are parking facilities for vehicles, widening of roads and toilet block with changing rooms, lockers. The developmental works are carried out as part of the Swadesh Darshan coastal circuit theme.

Swadesh Darshan Scheme is a Central sector scheme launched by the Ministry of Tourism, Government of India, for the integrated development of theme-based tourist circuits. The scheme aims for integrated development of theme-based tourist circuits in the country. The scheme is envisioned to synergize with other Government of India schemes like Swachh Bharat Abhiyan, Skill India, Make in India etc. with the idea of positioning the tourism sector as a major engine for job creation, driving force for economic growth, and building synergy with various sectors to enable tourism to realise its potential.

Tagged with: Ministry of TourismSwadesh Darshan