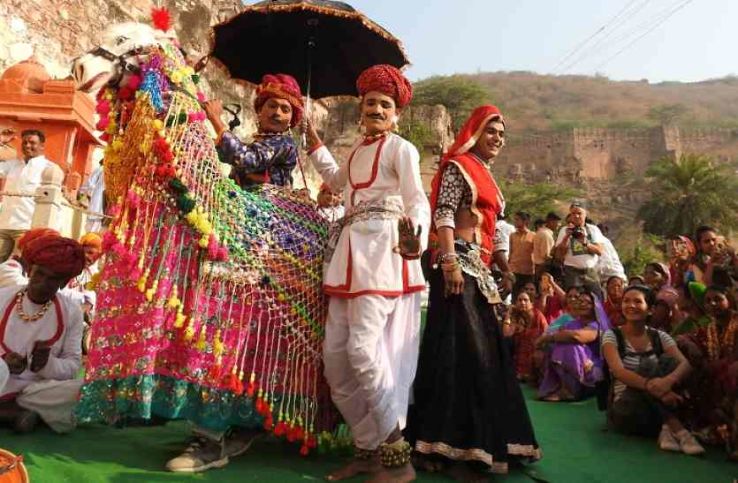 The two-day Bundi Utsav is set to kick-off with the worship of Lord Ganesh at the famed Taragarh gates in Bundi city on Monday, after a two-year hiatus due to COVID-19.

Organised jointly by the state tourism department and the district administration with a view of attracting foreign tourists and boosting local tourism, the Bundi Utsav will witness a chain of events.

Ironically, this year’s event will see minimal foreign tourists due to the pandemic-induced restrictions on travel.

In view of compliance of the COVID-19 protocols, the festivities that were earlier organised at the sub-division headquarters, will be confined to the district headquarters, assistant tourist officer Premshankar Saini said on Sunday.

Following the worship of Lord Ganesh, a variety of folk events will be presented by artist groups at popular tourist locations in the city, he said.

During the two days, tourists will be allowed free entrance to popular locations in the city, he said, adding various recreational events have been planned for Monday evening.

Deepdan, during which earthen lamps are lit and set afloat on the waters of Nawal Sagar Lake in the city, will also be held on Monday evening, Saini said.

Painting competitions and an exhibition highlighting the tradition and culture of Bundi will be displayed, he said.

On the second day, a drawing and painting workshop will be held at Sukh Mahal located on the banks of Jait Sagar Lake, he said.

Sukh Mahal is also popular as Rudyard Kipling Palace as the English novelist and poet had once stayed in the palace for over a month.