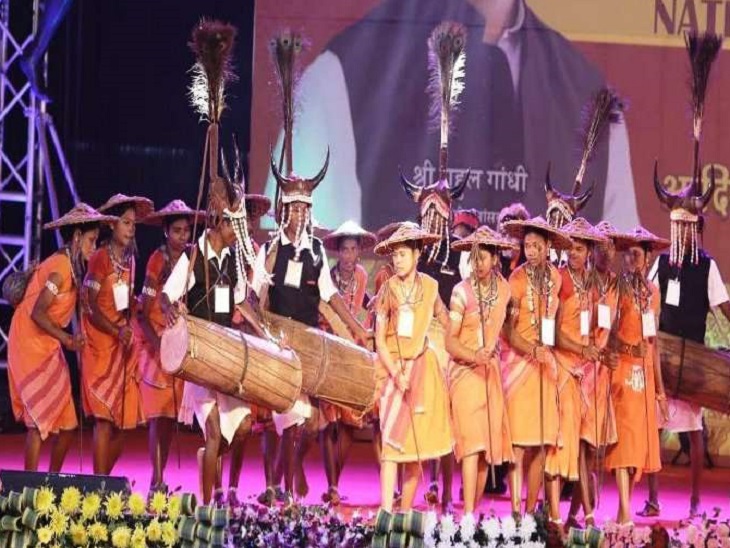 Dressed in festive finery and with excitement writ large on their faces, hundreds of people from tribal communities from across the country witnessed exuberant performances on the opening day of the National Tribal Dance Festival here on Thursday.

From Nigeria’s Efik people’s “Ekombi” dance to Palestinian girls’ “Dabke” performance and tribals of Chhattisgarh’s Durg and Surguja districts matching steps in “Saila” and “Karma” dances, the first day of the five-day festival had a lot to offer.

The festival, which is being held at the Science College Ground, was inaugurated by Chhattisgarh Chief Minister Bhupesh Baghel.

He said that last year, the festival could not be held because of the COVID-19 outbreak.

“This year, as the spread of coronavirus is very limited in the state now and we are getting fresh infections in two-digit figures, we decided to hold the festival,” he added.

The festival, which has been organised under the Chhattisgarh government’s tourism development plan, is hosting artists from different countries, including Uzbekistan, Nigeria, Sri Lanka, Uganda, Mali, Palestine and the Kingdom of Eswatini.

Jharkhand Chief Minister Hemant Soren, who also attended the inaugural function, said that the National Tribal Dance Festival is a way to pay respect to the section of society that has always been “left out and exploited”.

“With this event, we have a message for the whole country that if we want, this section (of society) can walk with us,” Soren said.

In a statement, Congress leader Rahul Gandhi congratulated the Chhattisgarh government for “providing a platform to ‘adivasi’ artists from across India to showcase their unique cultural traditions”.

A total of 58 dance groups will perform at the dance festival over the course of five days.

The festival will feature special dance forms of tribes from Chhattisgarh, Andhra Pradesh, Telangana, Manipur, Karnataka, Madhya Pradesh and Jammu and Kashmir, among other states.

Apart from highlighting tribal art and culture, the festival will also feature discussions on economic development initiatives of tribal communities.

On day one, discussions were held on tribal tourism, cuisine and different art forms of Chhattisgarh.