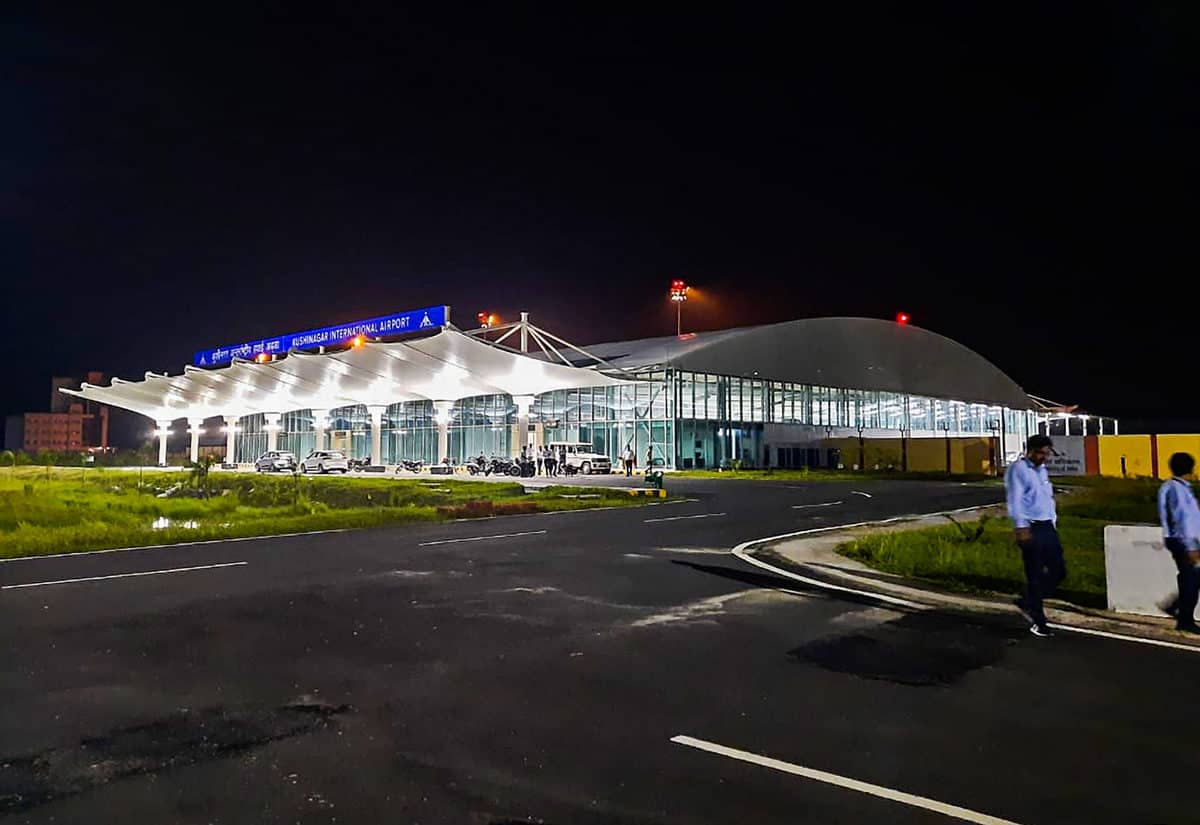 Prime Minister Narendra Modi on Wednesday inaugurated the Kushinagar international airport, which is an endeavor to connect Buddhist pilgrimage sites around the world as well as facilitate travel of pilgrims to the final resting place of Lord Buddha.

Kushinagar in Uttar Pradesh is the final resting place of Gautama Buddha where he attained Mahaparinirvana after his death, and is among the most important pilgrim spots for Buddhists.

The airport has been built at an estimated cost of Rs 260 crore and the new terminal building is spread across 3,600 square metres. It has been developed by the Airports Authority of India (AAI) in association with the Uttar Pradesh government.

The new terminal can handle 300 passengers during peak hours.

“The airport will help in attracting more followers of Buddhism from home and abroad to Kushinagar and will enhance the development of Buddhist theme-based circuit.

“Journey of Lumbini, Bodhgaya, Sarnath, Kushinagar, Shravasti, Rajgir, Sankisa and Vaishali of Buddhist circuit will be covered in lesser time,” the civil aviation ministry said in a release on Monday.