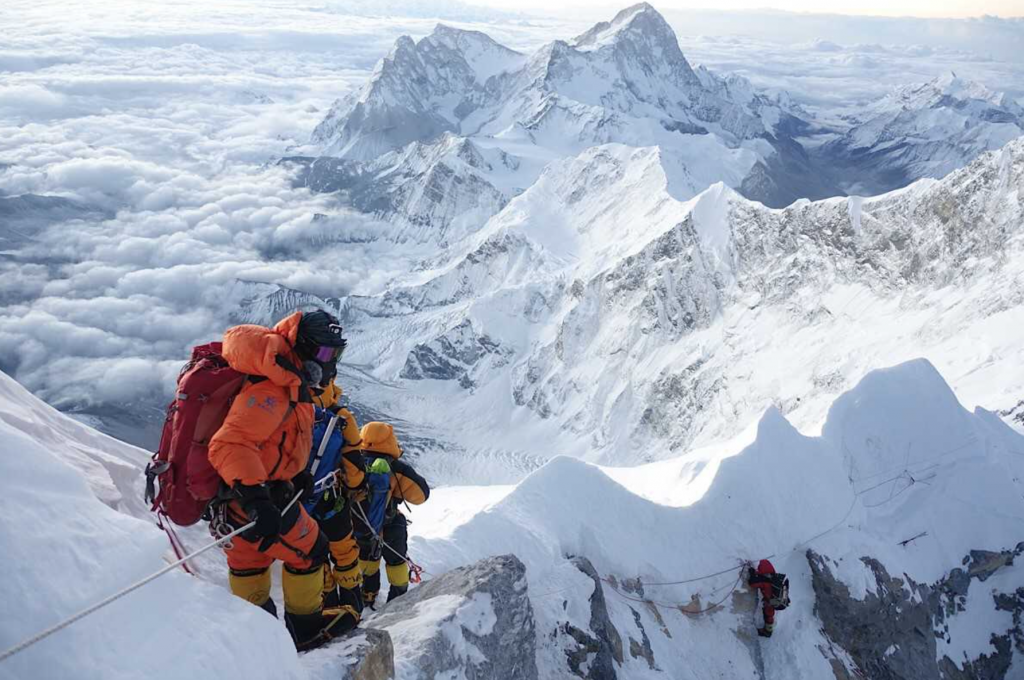 On the eve of India’s 75th Independence Day celebration on 14th August 2021, the Ministry of Tourism in collaboration with the Association of Indian Universities (AIU) held a webinar and during the webinar, a series of 12 episodes was launched that will take the participants on a virtual journey of Incredible India. On Friday, the 24th September 2021, 2nd episode of the series title “Incredible IndianAdventures: Experiencing the Everest – AKAM” was held.

The series of 12 episodes that will take the participants on virtual journey of India. In the 2ndEpisode, eminent personalities from different spheres of life shared their incredible stories and experiences on expeditions to Mt. Everest and various important verticals in the Himalayas and also shared experiences of adventure sports activities such as scuba diving, paragliding, parasailing, bungee jumping etc. Padma Shri Awardee Ms. Santosh Yadav, Mr. Atul Karwal, IPS, and Mr. Ravindra Kumar, IAS shared their experiences and challenges in the webinar on 24th September 2021.

In the journey of AKAM, the Ministry of Tourism is focussing on children and youth to get more acquainted with India’s glorious past and a grand future. The children and youth are strength and power of our incredible country. With strong rooted cultural values and to take India ahead on the path of global leadership, it is vital that they are made aware of the strength of the diversity of our Nation. Each of the episode in the series is focussed on diverse themes regarding cultural heritage of India and to generate awareness about “Incredible India”.

During the webinar, Shri Atul Karwal, Director, SVP NPA, Hyderabad, an IPS Officer of 1988 batch shared his experiences and challenges during theclimbing of Mount Everest in May 2008. He also shared experience of other adventure activities such as scuba diving in Andamans and Lakshadweep Islands, Cycling on Manali-Leh- Khardungla Road, Cycling to Kailash Mansarovar and Parikrama of Mount Kailash and visit to Ladakh, Arunachal Pradesh. As rightly said by Mr. Karwal prioritize your goals and follow a strict regime, and nothing can stop you from achieving your goals. Mr. Karwalhas served as Superintendent of Police and Dy. Commissioner of Police in various places in Gujarat. He has been awarded with the Police Medal for Meritorious Service, the President’s Police Medal for Distinguished Service, and numerous awards to his credit. Mr. Karwal is an ultra-marathoner, a Black Belt in Martial Arts and trained in Scuba Diving and Sky Diving.

Next esteemed guest Ms. Santosh Yadav took the participants on a very inspirational journey of mountaineering and achievements. Ms. Yadav’s trekking journey started with a curiosity and passion about Himalaya. This passion and curiosity led her to undergo a training at Nehru Institute of Mountaineering (NIM), Uttarkashi, Uttarakhand and selected as best candidate for mountaineering. Ms. Santosh Yadav is the first woman in the world to scale Mt. Everest twice and she is considered as a leading woman climber & leader not only in India but also internationally. Ms. Yadav has beenhonoured with one of the highest civilian award“Padmashri” for her excellence in the field of mountaineering. Ms. Santosh Yadav have been member of many important international expedition such as Indo-Taiwanese Saser Kangri-I, Indo-Japanese Kanchenjunga Expedition etc.

Shri Ravindra Kumar, District Magistrate of Bulandshahr District in Uttar Pradesh, a former Merchant Naval Officer, an IAS Officer, a mountaineer, Author, Motivational Speaker, and a Social Service Lover. Shri Kumar is the first IAS Officer who have scaled Mount Everest in 2013 and again in 2015 & 2019. His expeditions to Mount Everest were mostly with a purpose such as appealing to people of India regarding Swachh Bharat Abhiyan, Water Conservation etc and a documentary “ Shikhar se Pukar” depicts itstunningly. He also shared other fascinating treks in India, adventure sports experiences in India such as scuba diving, paragliding, river rafting, bungee jumping. Mr. Kumar have many awards to his credit including Sikkim Khel Ratna Award, Vishesh Khel Samman, Kashi Ratna Award and many more such accolades. He has worked in various important posts at State Government level and Central Ministries.

Tagged with: Experiencing the Everestvirtual journey of India