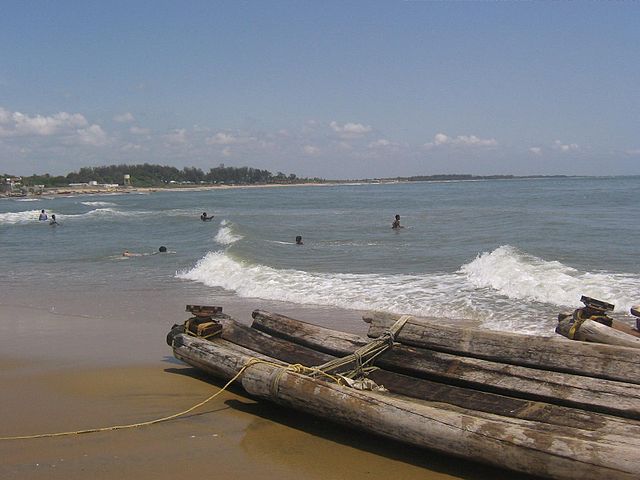 Two more beaches in India have been awarded “Blue Flag” certification, an international eco-level tag, taking the total number of such beaches in the country to 10, the Environment Ministry said on Tuesday.

The two beaches to receive the certification this year are Kovalam (Covelong) in Tamil Nadu and Eden in Puducherry, it said.

These eight beaches got the Blue Flag certification on October 6, 2020.

Union Environment Minister Bhupender Yadav expressed happiness over the development and said it is another milestone in India’s journey towards a clean and green India led by Prime Minister Narendra Modi.

“Happy to announce India now has 10 International Blue Flag beaches with the addition of Kovalam & Eden beaches this year and recertification for 8 beaches which got the tag in 2020. Another milestone in our journey towards a clean and green India led by PM Shri @NarendraModi Ji,” Yadav tweeted.

Blue Flag certification is a globally recognised eco-label accorded on the basis of 33 stringent criteria in four major heads which are environmental education and information, bathing water quality, environment management and conservation and safety and services in the beaches.

The Blue Flag beach is an eco-tourism model endeavouring to provide the tourists/beach goers clean and hygienic bathing water, facilities, safe and healthy environment and sustainable development of the area.

The recommendations are done by an independent national jury composed of eminent environmentalists and scientists.

Blue Flag beaches are considered the cleanest beaches of the world, according to the ministry.

A waving Blue Flag is an indication of 100 per cent compliance to the 33 stringent criteria and sound health of the beach, the ministry had earlier said.

“The Ministry of Environment, in its pursuit of sustainable development of the coastal regions of India, embarked upon a highly acclaimed and flagship programme BEAMS, which is one of the initiatives under its integrated coastal zone management (ICZM) approach that the ministry has undertaken for the sustainable development of coastal regions of India, with a prime objective to protect and conserve the pristine coastal and marine ecosystems through holistic management of the resources, the ministry said in a statement issued here on Tuesday.

The objective of BEAMS programme is to abate pollution in coastal waters, promote sustainable development of beach facilities, protect and conserve coastal ecosystems and natural resources, and seriously challenge local authorities and stakeholders to strive and maintain high standards of cleanliness, hygiene and safety for beachgoers in accordance with coastal environment and regulations.

“In the last three years or so, our ministry has achieved commendable results in environmental management of these 10 beaches which include sand dune restoration and nourishment of 95,000 sqm (approx.) with native plantation; reduction in marine litter by 85 per cent and marine plastic by 78 per cent in the last three years; scientific and responsible disposal of 750 tonnes of marine litter; improvement in cleanliness level from ‘C’ (poor) to ‘A++(outstanding)’ through scientific measurement system,” the statement said.

The Environment Ministry said it has also saved 1,100 ml/year of municipal water through recycling; educated around 1,25,000 beach goers about responsible behaviour at the beaches; provided alternate livelihood opportunities to 500 fishermen families through pollution abatement, safety and services and has also increased footfall for recreation activities at the beaches by approximately 80 per cent leading to economic development.

The ministry said it is committed to develop and deliver 100 more beaches under its ICZM initiative in the ensuing five years.

In December last year, the ministry had virtually hoisted the international Blue Flags in eight beaches across the country. The flags were also simultaneously hoisted on these beaches physically by state ministers and senior officials of the respective state and Union territories.