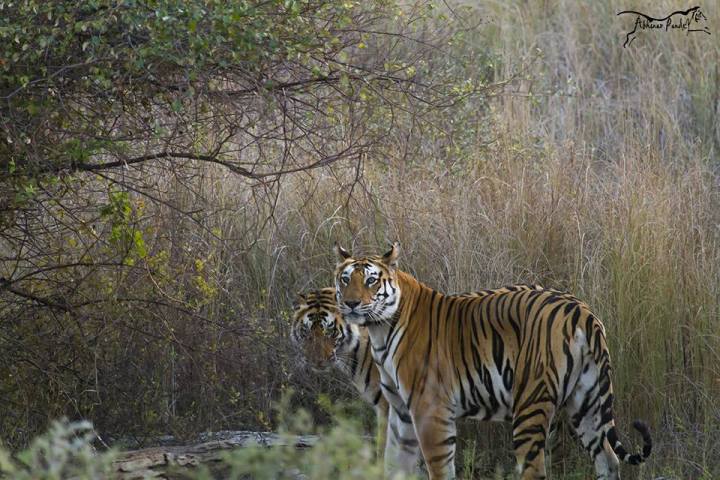 An eight-year-old tigress has given birth to two cubs in Madhya Pradesh’s Panna Tiger Reserve, a senior forest official said.

The tiger reserve management had the information about the birth of the cubs of tigress named T-234, but they were captured on cameras for the first time last week, Panna Tiger Reserve’s (PTR) field director Uttam Kumar Sharma told reporters on Tuesday.

Currently, there are about 70 tigers in the PTR, including 45 to 50 felines above one year of age and around 20 cubs, he said.

About a week back, this tigress was captured on cameras with the two cubs. The cubs seemed to be about three months old,” the official said.

In 2009, not a single tiger was left in the PTR due to various reasons, including poaching.

Later, two tigresses and a tiger were brought to the PTR from Pench Tiger Reserve as part of the Panna tiger reintroduction program.

According to the 2018 tiger census, Madhya Pradesh is home to the highest number of tigers in the country, an official earlier said.

The state has a number of tiger reserves, including Kanha, Bandhavgarh, Pench, Satpura, and Panna.