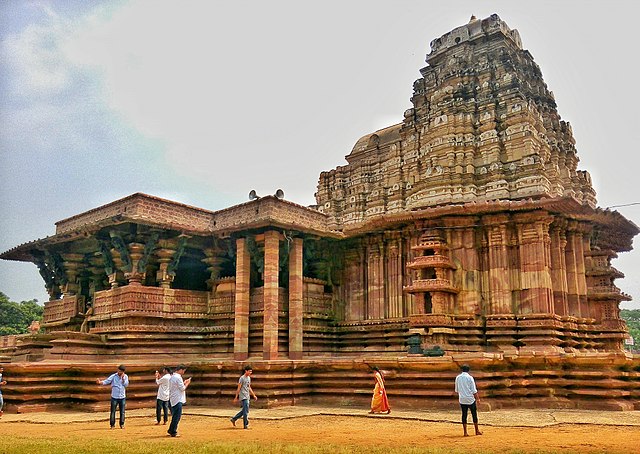 Containing rich text illustrated with spectacular photographs, including archival images, a volume that encapsulates the rich cultural treasures of India inscribed on the UNESCO world heritage list has been launched, officials said on Saturday.

The publication, titled ‘Incredible Treasures’, was unveiled on Friday evening during an online event, they said.

India at present has 40 world heritage sites, both cultural and natural, spanning across the country, including the Ramappa Temple, a 13th century engineering marvel in Telangana and ancient Dholavira site in Gujarat, both of which earned the coveted tag in July this year.

UNESCO and MAPIN publishing house have joined hands for this volume.

“India is truly incredible and the world heritage sites presented here span the entire history and geography of the country. We believe that this book will be a definitive reference and will help build greater awareness about India’s World Heritage sites among specialists and other readers alike.

“We also hope it will encourage them to support efforts to protect and safeguard the world’s cultural and natural heritage,” a statement issued by the world body quoting Eric Falt, UNESCO New Delhi Director and Representative here, said.

Though the sites across India have been inscribed individually, they collectively contribute to a cohesive historical narrative of India’s extremely diverse archaeological and architectural spectrum, as well as natural sites, the statement said.

The publication offers a stunning view of all world heritage sites of India two more sites were recently added in July – described together for the first time with informative, accessible commentary and spectacular photographs, the UNESCO had said ahead of the launch.

“NITI Aayog has initiated a nationwide effort to understand the current challenges for heritage management in India and to provide a future roadmap along with an appropriate branding of India’s invaluable archaeological and built heritage,”Amitabh Kant, CEO, NITI Aayog, was quoted as saying in the statement.

“We are also ensuring guidance to the concerned heritage custodians of these world heritage sites, including the nodal agency Archaeological Survey of India, to further enhance, conserve and promote these locations for local communities as well as visitors,” he said.

‘Incredible Treasures’ has benefited immensely from the research and contributions of many experts in the fields of architecture, cultural conservation, sustainable heritage development, wildlife and ecology, the UNESCO said.

It is available for sale in English at selected book stores, or on Amazon in India, and most of Europe and the US. Other language editions are expected soon, it said.

The project was started in August 2019 and took one year to complete. As the Ramappa Temple and Dholavira sites were added to the UNESCO list in July, brochures for these two sites have been added inside the pocket with the book, said conservation architect Shikha Jain, who co-edited the volume.

In the 167 countries where they are currently listed, UNESCO’s world heritage sites are landmarks of outstanding historical, cultural and natural significance, the statement said.

UNESCO seeks to encourage the identification, protection, and preservation of cultural and natural heritage around the world considered to be of outstanding value to humanity. This is embodied in an international treaty called the Convention concerning the Protection of the World Cultural and Natural Heritage, adopted by UNESCO in 1972.