Tourism has one of the highest job creating potentials across all sectors: G Kishan Reddy 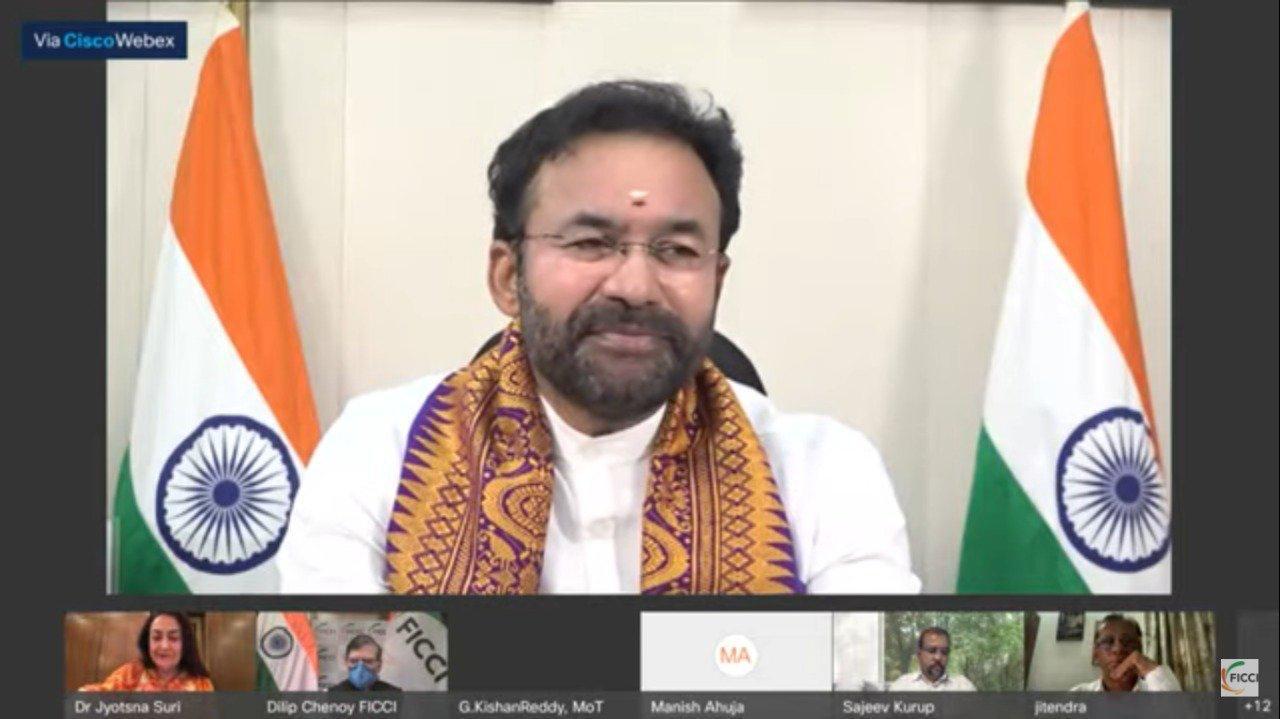 Union Minister of Culture, Tourism and Development of North Eastern Region (DoNER), Shri G. Kishan Reddy speaking at the E-Conclave- Resilience and The Road to Recovery stated “Tourism has always been a strong driver for economic growth in the country. In 2019, the industry contributed USD 194 billion to the Indian economy and created about 40 million jobs, which is 8% of its total employment”.Tourism has one of the highest job creating potentials across all sectors

Shri Reddy said that Tourism is not just about attractive destinations and leisure activities, but has emerged as one of the fundamental pillars of economic development and has one of the highest job creating potentials across all sectors. “For 10 Lakhs of investment, tourism can provide 78 jobs, as compared to 45 jobs in the manufacturing sector” stated Mr Reddy. The Minister also said that the tourism industry is unique in its impact on a country as it not only acts as a massive growth engine but also enhances  nation’s soft power.

The union minister added that the onslaught of the COVID19 pandemic has thrown unprecedented challenges upon the tourism industry, hence there is a need to innovate and rethink in the Travel, Tourism and Hospitality sector. The union minister also credited Prime Minister Shri Narendra Modi for making a clarion call to all Indians to promote domestic tourism. He said, “Prime Minister Shri Narendra Modi during his speech on the 73rd Independence Day urged all Indians to visit 15 destinations within India by 2022, which would develop tourism sector within our country”.

He added that the Ministry of Tourism has taken a slew of measures to boost tourism and encourage investment. “The Ministry is constantly interacting with the experts and stakeholders to re-energise the sector and address the challenges being faced” he revealed. The Union Minister lauded the efforts of the Ministry during the lockdown for its initiative of “Dekho Apna Desh” which kept the spirit of tourism alive.