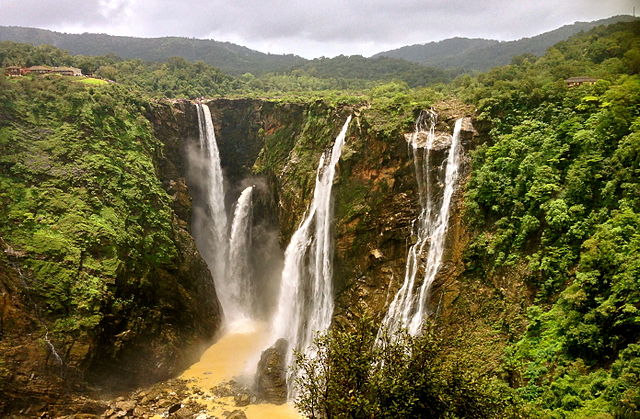 The special bus introduced by KSRTC (Non AC Sleeper) has a 30 seater system and is now available every day from Bangalore to Jog.

KSRTC Shimoga Divisional Officer Satish.V has responded to the media. The bus will arrive at around 5.30 am. Tourists can go to the hotels and take a bath and have a snack and then visit the Varadhahalli Sridhar Ashram, Varadhalam, Ikkeri, Padiyadi and Jog falls. There will be arrangements in hotels for lunch. There is also an opportunity for those who want to shop for the evening. The beauty of the entire day was relaxing and going back to Bangalore by night on a KSRTC bus.

1,800 for children and 2,000 for adults. Significantly, this includes the cost of breakfast and lunch.

Jog Falls, a major attraction in Karnataka, is located in the Shimoga district of Karnataka. Also known by alternative names of Gerusoppe Falls, Gersoppa Falls, and Jogada Gundi, it is one of the highest waterfalls in India. During monsoons, one can see a breathtaking view of the falls with rainbows coming every now and then. It is one of nature’s splendid masterpieces and is situated in the dense evergreen forests. The effect of these striking falls is enhanced by the wild and beautiful region around it which is covered with plenty of abundant vegetation. This waterfall drops directly down without streaming on the rocks.

Varadahalli: Varadahalli is covered with rain forests and the ashram is located at a very beautiful place. Varadahalli is situated 6 km from Sagar, in the Shimoga district. Amidst the Western Ghats is the place where Agastya Rishi and Ved Vyas went to meditate and perform his Sadhana. Ved Vyas put the Durgambha idol there near a cave where he meditated daily. Sridhar Swamiji attained Moksha at the very place and in his memory his disciples built a Samadhi there.

Varadamoola: River Varadaa , a tributary of Tungabhadra originate from here. Located at a distance of about 8 km from Sagara town in Shimoga district, this place is popular for temple of Goddess Varadadevi and also few ancient shrines with rich history and traditions. Pushkarini or small water bodies located within the temple premises reflect ancient purity of culture, devotion and prayer. Generally it’s not over crowded and it’s advisable to visit the place in early morning to enjoy the beauty of pristine western ghats.

Ikkeri: Ikkeri is a historical village in Karnataka. It is located at a distance of about 6 km to the south of the Sagara town in the Shimoga district. It was the erstwhile capital of the Keladi Nayakas. The word Ikkeri means ‘Two Streets’ in the Kannada language.

Keladi: The town was once ruled by Nayakas, a part of the Vijayanagara empire. One such amazing piece of art is the Keladi Rameshwara temple. The temple is an extraordinary example of the marvelous Dravidian style of architecture. Chowdappa Nayaka who had built the temple, strategically placed every brick and tile to give rise to this awe-inspiring piece of work.