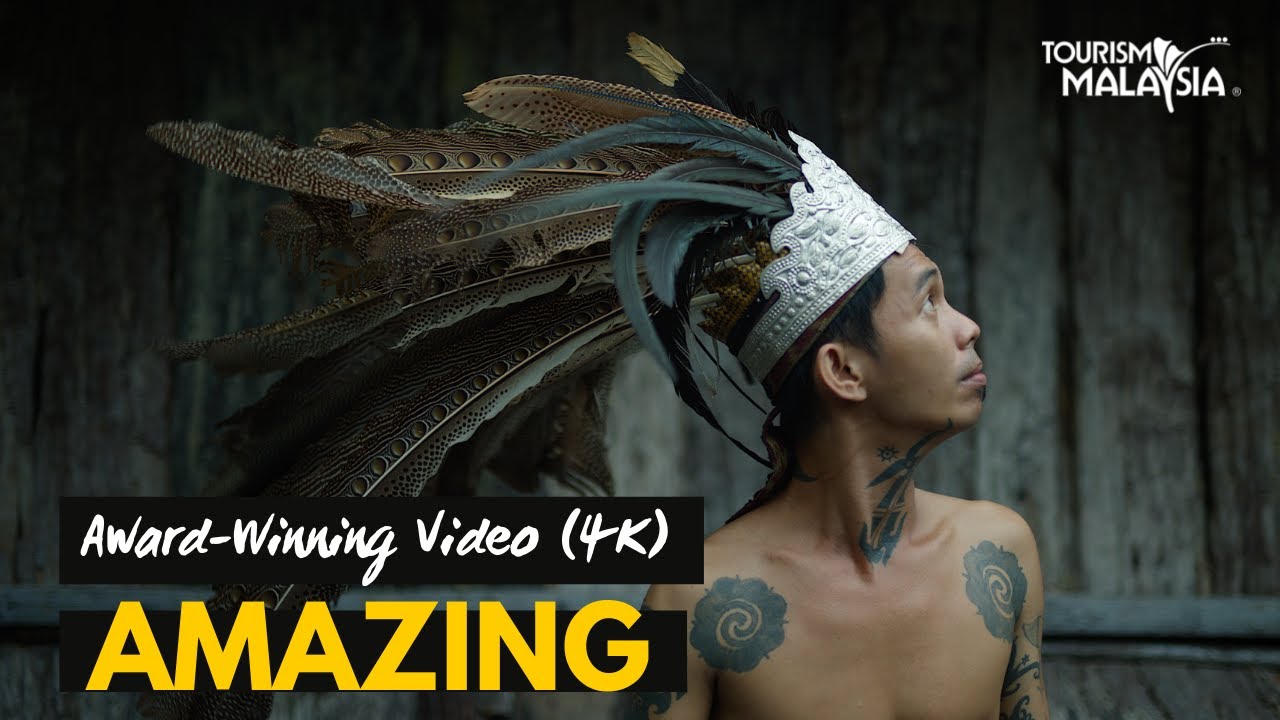 A collaborated production between Tourism Malaysia, SHARP, and Chilli Pepper Films have won The Special Award for Best Camerawork at the 21st WorldMediaFestivals, under the Tourism & Travel Media Awards category.

Based in Hamburg, Germany, the WorldMediaFestivals have been honouring creativity in media worldwide for the past 21 years, including audiovisual, print, and online production. The 2021 Hall of Fame is divided into two main categories: the Television & Corporate Media Awards and the Tourism & Travel Media Awards. Due to restrictions caused by the Covid-19 pandemic, winners were announced online on the WorldMediaFestivals’ official website.

The two-and-a-half-minute video titled ‘AMAZING’ has won the Special Award “MAGIC EYE” for Best Camerawork, made possible under the direction of globally-acclaimed commercial and film director Mark Toia, and production of Chilli Pepper Films. The initial production was a creative collaboration between Tourism Malaysia and SHARP called ‘Truly Aquos 8K, Truly Asia Malaysia’, where the production team was the first to shoot an 8K video in Malaysia.

In addition, the creative production has also secured a place among four other winners under the Advertising category for the 2021 Tourism & Travel Media intermedia-globe Gold Award. ‘AMAZING’ shares the recognition with four other themed videos from Thailand, Japan, and Austria. For the full list of winners, visit WorldMediaFestivals’ 2021 Hall of Fame.

‘AMAZING’ captures the true essence of the multi-colour, multi-cultural, and multi-racial Malaysia, alongside the wondrous attractions across the country. Mr Zulkifly Md Said, Director General of Tourism Malaysia, expressed his heartfelt congratulations upon receiving the good news. “This recognition would not be possible without the effort and assistance of everyone involved. To the production team, congratulations on this well-deserved achievement.”

“We look forward to having further collaborations with SHARP, hopefully in the nearest future. There are still so many attractions in Malaysia to be highlighted through the lens of SHARP, especially our off-the-beaten-track destinations, our rich flora and fauna, and our blessed natural resources,” Mr Zulkifly added.

Mr Robert Wu, SHARP Deputy CEO of ASEAN and Chairman of Sharp Electronics Malaysia, noted that the production of this award-winning video is significant because it is the first-ever Visit Malaysia campaign video shot in 8K resolution.

“Our 8K technology enables unprecedented ultra-realistic resolution which reproduces images to appear physically present before a viewer’s eyes. This immersive visual experience is second to none and we are honoured to be recognised in this award,” said Wu.

“SHARP will continue extending our support to Tourism Malaysia by showcasing the award-winning video across our global network through our Aquos TV panels,” he added.