Edakkal Caves, Wayanad – A Journey to the Past 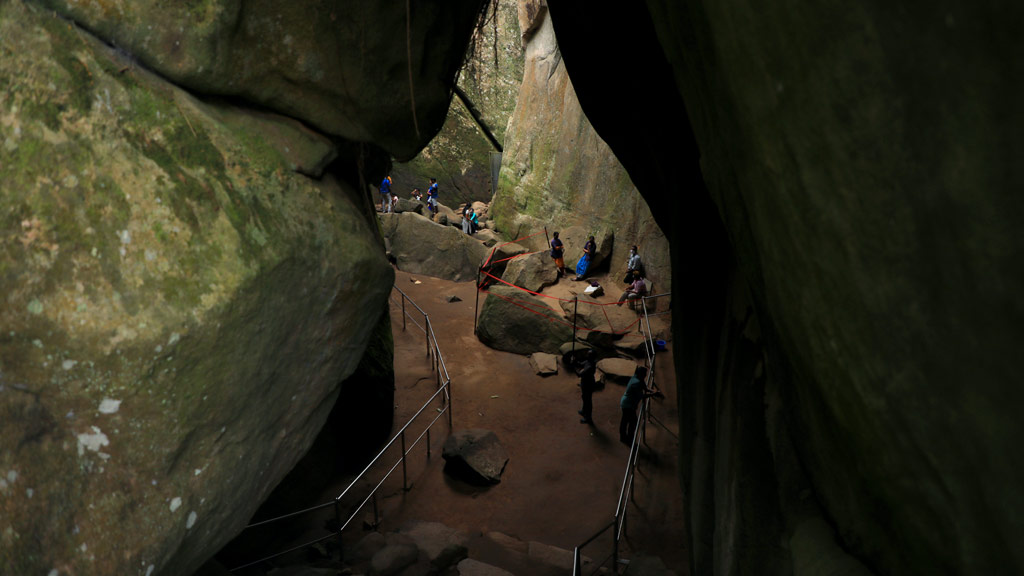 If you want to see and learn about the oldest human settlements ever discovered in the country, then head to Edakkal Caves in Wayanad district. Located at about 10 km from Sulthan Bathery, Edakkal Caves have pictorial writings on the walls dating back to at least 6,000 BCE, in Stone Age.

The caves were first discovered by the then Superintendent of Police of Malabar District, Fred Fawcett in 1895 during one of his hunting trips. Fawcett found that the caves were the habitat of Neolithic people, and his discovery drew the attention of archaeologists and historians across the world. Perched on Ambukuthi Hill, the caves are situated around 1,200 m above sea level. With lush green surroundings, scenic landscape and the aroma of coffee in the air, the 45-minute trek up the hill will give you an exhilarating experience.

The name Edakkal literally means ‘a stone in between’, and you can see a boulder wedged between two bigger ones to create a cave. The fissure in the rocks might have been created due to natural causes, like changing climatic conditions. Pictorial drawings and engravings inside the caves indicate the presence of ancient human settlements in the region. Three sets of petroglyphs can be seen in the caves, and some of the depictions are believed to be around 7,000 years old. Dating back to the Neolithic and Mesolithic Ages, the carvings include ancient stone scripts, ancient weaponry figures, symbols, and figures of animals and human beings.

Researches and excavations at the caves shed light on its probable links with Indus Valley Civilization. Apart from the engravings, ancient burial sites or Muniyaras have been discovered in the hills. With its ancient and diverse carvings amid a quaint environment, the trip to Edakkal Caves is a journey to our forgotten past.