The renovated Bekal Fort awaits the arrival of tourists 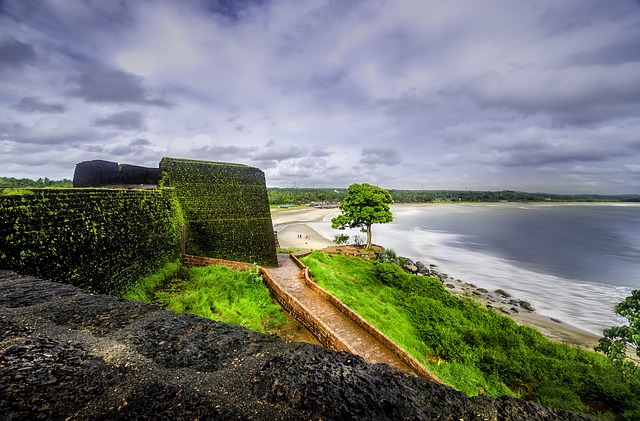 Bekal Fort, the largest fort in Kerala, and its surroundings are undergoing a major renovation. The gates and walkways are changing to international standards. The light and sound show at the fort wraps the history in entertainment and brings it to the masses. Along with Bekal Fort, the face of Pallikkara Beach has also changed. Bekal and Pallikkara beach are waiting for tourists as innovative tourist destinations.

Bekal is one of the most visited tourist destinations in North Malabar. Bekal Fort, the largest protected monument in Kerala is over 400 years old. The fort and the beach adjacent to the fort are one of the major attractions of the Kasaragod district. Bekal is the only special tourism destination in Kerala selected by the Central Government.

In June 2019, the State Tourism Department approved a project of Rs 99,94,176 to beautify Bekal Fort, a landmark in the history of South Karnataka and North Kerala. Construction began as soon as technical approval was obtained. The welcome arch, compound wall, interlocking walkway, handrails, and traffic circle were completed on time. The construction work was entrusted to the District Nirmithi Kendra. As part of the project, the entrance gate and roadside beautification of Bekal Fort was completed. The arches that welcome tourists and historians to Bekal double the beauty of the fort.

The lack of signboards to reach Bekal Fort was a major setback for the tourism industry in the district. Therefore, the Department of Tourism has decided to erect an attractive arch along the National Highway to attract the attention of tourists.

Bekal’s face changed with the advent of the project, including a welcome wall, compound wall, interlocking walkway, handrails, and night lights. The project also includes two better bus stands with toilet facilities. A kiosk will also be set up along with it. Kiosk operators are responsible for keeping the toilet clean. DTPC Secretary Biju Raghavan said that the work of the project is progressing.