If most of the facilities like houses, places of worship, library, bar, and hotels are available underground as in the city. People still living in an underground city built a hundred years ago in Australia.

Coober Pedy, an underground city about 850 km south of Australia, has been described as the opal capital of the world. The place is named because of the opal mining. We have heard of many underground cities. But it is a city that people have used to live underground for after centuries. The underground city has not only houses but also providing rented accommodation by world-class hotel chains including Airbnb. 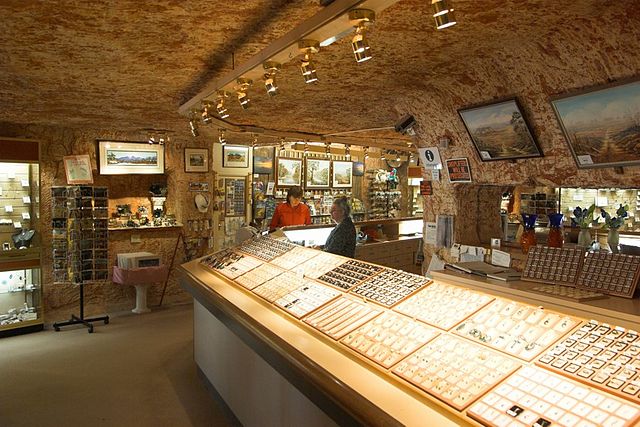 What attracts tourists more than anything else is the unique opportunity to sleep underground in dark, cool, and spacious rooms. Designed in such a way that the interiors reflect the red colors of the rock, the underground accommodation of the Coober Pedy never disappoints. These homes have storage areas, walk-in closets, bedrooms, and comfortable kitchens. The city also has underground shops, bars, and museums.

There are 2 underground churches in Coober Pedy. They are a beautiful sight. The interiors of the church will amaze anyone, not to mention that they are a sculptural beauty. Coober Pedy has homes for 1,500 families. These spacious, self-designed, dream homes are one of the wonders of engineering.

The desert above the city is also used as a golf course. It was also the location of popular Hollywood movies, including Mad Max.