Experts say with caution; Development like the Maldives model will destroy Lakshadweep. 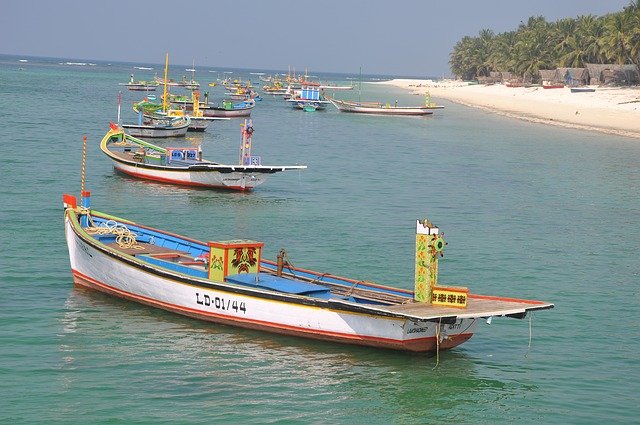 In Lakshadweep, there are widespread protests against the anti-people policies led by Administrator Praful Patel. He defends himself by saying that he aims to transform Lakshadweep into something like the Maldives, one of the best tourist destinations in the world. However, experts in the field have come out against it.

The situation here is very different from the Maldives and that such measures will destroy Lakshadweep. The future of Lakshadweep is worrying. As climate changes affect the island, all major developments will lead to the destruction of the island. Rohan Arthur, a marine biologist, and scientist at the Nature Conservation Foundation said. He has been studying Lakshadweep for the past 20 years.

The island is protected by constantly self-renewing and growing coral reefs. However, over the past two decades, the ability to innovate has diminished and coral reefs have been depleted. The main reason for this is ocean warming.

A recent study in Kavaratti found that coral reefs decay faster than they grow. Therefore, Rohan Arthur makes it clear that further tourism development is not an appropriate step at this time.

Omesh Saigal, former Chief Secretary to the Government of Delhi and former Administrator of Lakshadweep, has said that there is no tourism potential in Lakshadweep other than what has already been developed. There are 1190 islands in the Maldives. A good percentage of it is uninhabited. However, there are only 26 uninhabited islands in Lakshadweep. Except for two islands with tourist resorts, the rest are very small or difficult to reach.

Lakshadweep is also the most densely populated area in the country with a population of 2,000 people per square kilometer. The comparison with the Maldives is superficial. As a separate country, the Maldives has no choice other than tourism. But Lakshadweep’s economy is connected to the mainland.

For example, there are hundreds of sailors from islands such as Minicoy and Agatti. They are working in different parts of the country. Students go to states including Kerala for engineering, medical, and other higher studies. Critical patients are shifted to hospitals in Kerala. In addition, there are many who work for the central government. These relationships need to be further strengthened. The former administrator also says anti-people laws should not weaken Lakshadweep.