Darwin’s arch, now only in pictures. One of the most beautiful sights in the world has collapsed into the sea 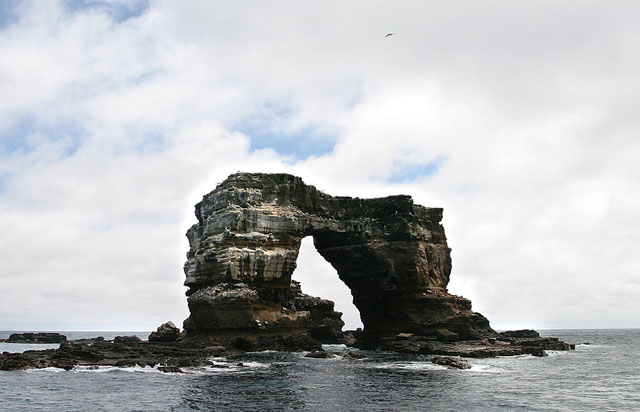 Darwin’s Arch, the most famous natural rock formation in the Galapagos Islands, has collapsed into the sea. Ecuadorian environmentalists say it is the result of landslides.

On Tuesday, the Ecuadorian Ministry of the Environment shared a picture on its Facebook page of two rock pillars without an arch at the northern tip of an archipelago in the Pacific Ocean, 600 miles (1,000 km) south of South America. The explanation is that it is the end result of the natural erosion here. Darwin’s arch is made of natural stone. It is 43 meters or 141 feet high.

Visitors on a diving boat witnessed the arch collapse at 11.20 am local time on Monday, according to the diving website Scooba Diver Life.

It is known as one of the best places to see, interact with, study, and observe sharks and other creatures.

The British scientist Charles Darwin visited the islands at HMS Beagle in 1835 and developed the theory of evolution by examining the Galapagos finches. The arch is named after Charles Darwin in his honor.

Declared one of the first UNESCO World Heritage Sites in 1978, the Galapagos Islands are home to a diverse flora and fauna that is part of a biosphere reserve. The archipelago is spread over four inhabited islands and is home to about 30,000 people.