Selfie banned in these places: List of places left out 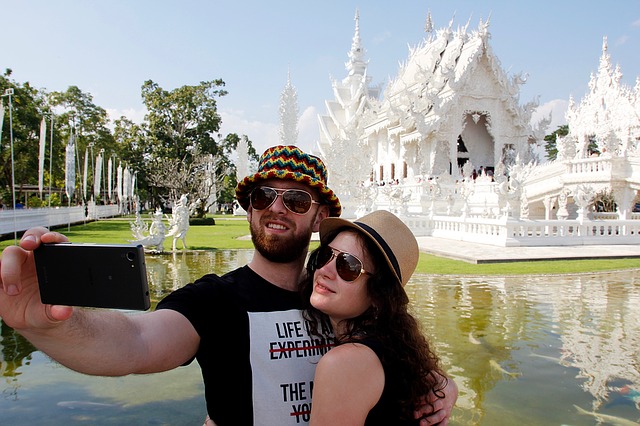 Researchers have pointed out the business strategy behind mobile phone companies increasing camera pixels. How did the front camera of a mobile phone come to be more important than communication? The researchers investigated with the help of psychologists.

Feedback on social media, self-satisfaction in it. Those who leaned back in their chairs and chanted “War of words and revolutionary speeches” would be very happy with the response to their own photo. Psychologists say that selfie love that starts with curiosity will later lose its senses and invite accidents.

Mental health experts point to, for example, those who lost their lives in search of adventure selfies. The ‘After Effect’ of the selfie illusion paved the way for the placement of the ‘Selfie Prohibited’ board in front of world-famous tourist attractions.

The selfie ban order, which was discussed around the world in the tourism sector, was in Vietnam. Tourists’ selfies in front of a train plying through the market on Hanoi Street were regularly disrupted. When this became common, selfies were banned on Hanoi Street. Selfies have already been banned in Mecca, Rome, Iceland, Spain, and California.

At the same time, India has the highest number of selfie-related accidents in the world. A Japanese man who tried to take a selfie on top of the Royal Gate of the Taj Mahal has fallen and died. A 20-year-old man who climbed to the top of a fort in Jammu and Kashmir with a mobile camera has lost his life. Those who went for an adventure selfie at the Mumbai Bandra bus stand and Marine Drive were in danger. All these places are now ‘Selfy Banned Area’.

Pura Penataran Agung Lempuyang Temple in Bali. The temple is dedicated to Padmasana Lingi, the Hindu deity of Bali. The deity here is in the form of a throne on top of a rock. A young woman, who arrived on a tourist visa, climbed on top of the rock and took a selfie. Another bikini-clad young woman posed for a yoga pose in front of the idol. Both of these spread on social media. Protests intensify in Bali. The government has banned selfies in and around the Padmasana temple.

In Uttarakhand, selfies were also banned due to the danger of the Kumbh Mela, which is attended by lakhs of monks. The Saudi government has banned the taking of selfies by pilgrims in Makkah, Saudi Arabia, which is considered a holy land by Muslims.

Those who tried to capture their own image without realizing the significance and uniqueness of the place they were visiting were the reason for banning even entry with camera in world-famous places.