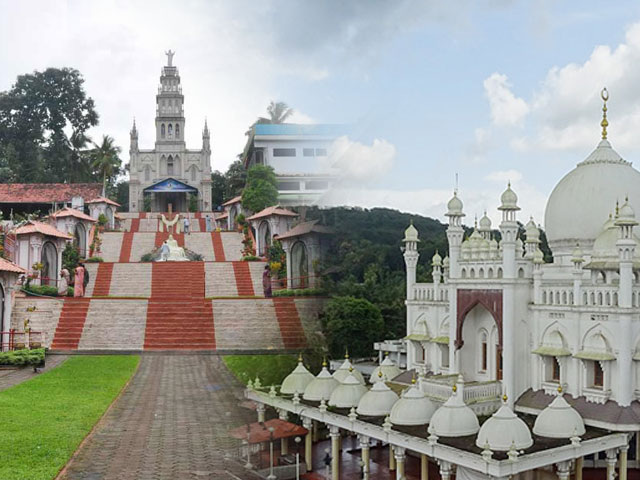 Kanjirapally is a town located on the eastern slopes of the Kottayam district. Kanjirapally is generally described as the gateway to Malnad. The name Kanjirapally is believed to be due to the presence of a large number of “kanjiram” trees in these areas. In the past, the place was inhabited by the Koyyins tribe.

Later Tamils ​​came and settled here. The area was conquered by the Pandya king when the Tamils ​​started settling more and more. All the first Tamils ​​who came were traders and later the people started cultivating in this place. The first Tamils ​​to settle here were called Kannannoor Chettikal. They were from Chettinad in Tamil Nadu.

Kanjirapally is a place full of Christians, Muslims, and Hindus, as well as the shrines of the respective sects. But there have never been any communal problems here. Everyone is living in mutual understanding and harmony. Ganapatiyar Kovil, St. Mary’s Church, Madhurameenakshi Temple, Nainar Church and St. Dominic’s Syro Malabar Catholic Cathedral are some of the famous places of worship here.

The Ganapatiyar Temple and the Madhura Meenakshi Temple are a testament to the presence of Tamils ​​in the area. Ganapatiyar Temple is a very old temple. The same old customs and practices are still followed here. It is believed that the Syrian Christians settled here in the center of Nilakkal. At that time, Nilakkal was a big trading center.

St. Mary’s Old Church was built around 1449. The church was first built by the British, i.e. the Portuguese before they arrived in India. Nainar Mosque is one of the important mosques of the Muslims. Many Muslims visit this mosque every year. This mosque was built in the memory of a Muslim saint who became a devotee of the Hindu God Ayyappan.