Bridge in the hands of God.. This construction is amazing 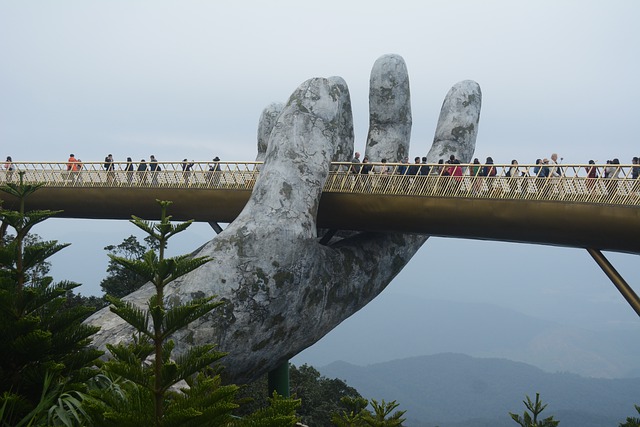 Vietnam is a country that has slowly made its way into the travel list of travelers. Vietnam, a land of history, culture, and nature, offers a wealth of surprises for visitors. The Golden Bridge here is relatively new to those wonders.

Vietnam is a country that amazes tourists with its variety of sights. The country has always been fascinated by the taste, beliefs, and traditions, such as the special God for the kitchen, the coffee made with eggs, the largest cave in the world, and the puppet show in the water. Vietnam, the country in Southwest Asia, is home to natural wonders. One of them is the famous Golden Bridge.

The Golden Bridge is a popular structure among world travelers through social media. It has become a favorite destination for Vietnamese tourists since it opened to tourists in June 2018. Popular social networks and forums such as Instagram, Facebook, Twitter, Buzzfeed, and Reddit have always been on the hit charts.

Built at an elevation of 1.400 m above sea level, the bridge is 150 m long. The name “Golden Bridge” comes from its gilded railing frame. In addition to being an architectural part, the Golden Bridge has been a symbol of Da Nang tourism since its launch in June 2018. The bridge and its arms are located in the Sun World Bana Hills Amusement Park in Vietnam.