Colma; a city with more graves than houses 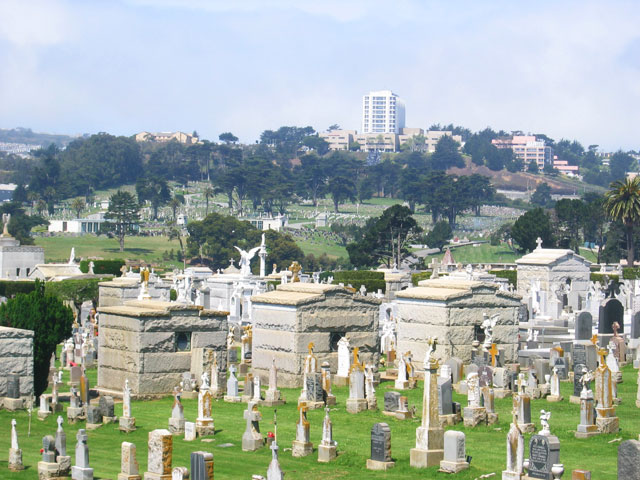 Colma City, near San Francisco in the United States, is the city of the dead rather than the living. About 1.5 million bodies are buried here in 17 cemeteries. The total population of Colma City, which includes San Matteo County, California, is only 2,000. The motto of the people of Colma, who have more graves than houses, is ‘It’s great to be alive in Colma’.

Space constraints were one of the biggest problems San Francisco faced during its development as a metropolis. California authorities banned cremation within the city limits as early as 1900. The plague that broke out at that time was also a factor. As space became scarce, the authorities built a city exclusively for cemeteries modeled on the necropolises of Greek culture.

The cemeteries in San Francisco have been relocated since 1912 to the nearby farming village of Colma. In 1924, the city of Colma was recognized as an area full of cemeteries, like the city of the dead, the Necropolis.

Initially, the residents of Colma were mainly employed in occupations related to the various cemeteries in the town. However, since the 1980s, Colma has become more diversified. Various retail businesses and automobile dealerships brought in more sales tax revenue for the town government. In 1986, 280 metro centers opened in Colma for business; It is now recognized as the world’s first energy center.