Ready to walk through the tunnel in the dark? 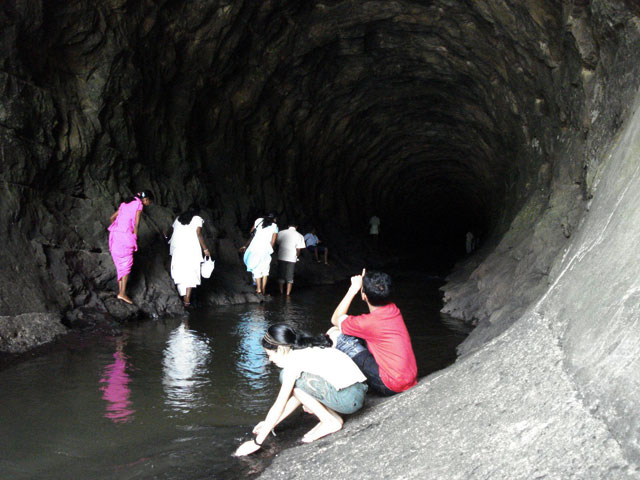 Anchuruli tunnel; This tunnel was constructed in 1974 by the Kerala State Electricity Board to carry water from Irattayar Dam to Idukki Dam. Anchuruli is the name given by the Adivasis to the five hills that look like they have been rolled over the water. The tunnel is located at the highest point of Kalyanathand hill. When the Idukki dam is completely filled with water, it will reach the face of the tunnel. Then there will be water above a thousand feet here.

The tunnel is located at a distance of 10 km from Kattappana. It is very easy to get here. Turn left from Kuttikkanam and take the Kattappana route. Turn left at Kanchiyar Kakkattukada and drive for 2.5 km. The road ends near the tunnel.

The best time to visit this place is from September to the end of March, but it is accessible to tourists at all times of the year. The end of the tunnel is clearly visible from the small stream in front of the tunnel.

The light is only half a kilometer away from the tunnel, which is more than three and a half kilometers long. The end of the tunnel is open to the Irattayar reservoirs so it is safe to avoid going back to where the light is on. There is a history of accidents here before‌.