The bullet god who endangers those who do not give beer; The shocking ghost story of Jodhpur. 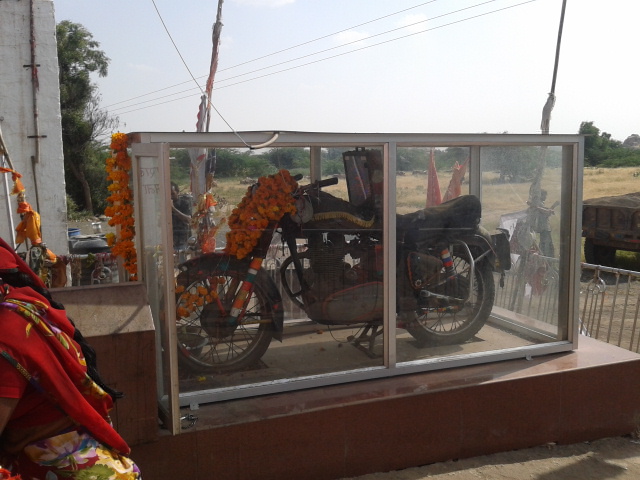 When we hear some things, we may not be able to believe it. No wonder there is a village in India where bullets are considered as gods, why stone and wood are worshiped as gods even by animals. But the reason behind it is that it surprises everyone. One such ghost story and bullet god is in Jodhpur, Rajasthan. The fact that this story is only 30 years old proves that there is no shortage of superstitions and myths in modern India.

An entire village worships the 350cc Royal Enfield bike as a god. Devotees come here to pray for a safe journey. Bullet has been worshiped here since 1991. The bullet of that day is located in a temple near a tree stump to wish good luck to the devotees and those who come looking for him. The Bullet Baba Om Banna Temple is located in Jodhpur.

The ghost story behind the temple
Om Singh was the son of Jog Singh, the head of the village of Chotila near Jodhpur. He was also known as Om Banna. In 1988, Om Singh was killed by a lorry when he was hit by a bullet given to him by his father. Police took Bullet into custody and took him to the station as he died in the accident. But when looked the next morning, the bullet was nowhere to be seen at the station. Police found the bullet at the scene. Police changed the petrol in the vehicle and took it back to the station, thinking it was the work of someone from the locals. But again, the events of the previous day were repeated. Eventually, the police handed over the bullet to relatives. 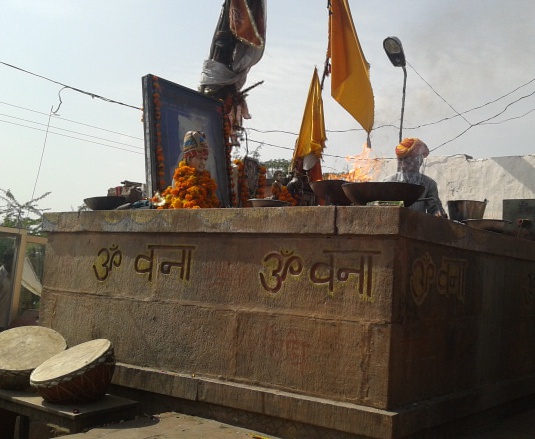 The bullet reached the family but they later sold it to someone in Gujarat. Then the whole village was shocked. The bullet returned to the scene of the accident. That too from a distance of 400 km. With that, it spread all over the country like a ghost story. With this, the locals built a temple for the bullet and started worshiping there. Om Banna’s bike was installed there.

According to locals, Om Banna died due to drunken driving. The reason, they say, is that a young man asks passersby for alcohol at night. Therefore, beer is one of the important offerings at the Om Banna Temple. Visitors to the temple buy beer and pour it into the anointing in the form of Om Banna’s marble. Also, those who come here ring the horn as a mark of respect to Baba. The locals say that those who do not do so will be in danger.