Covid vaccination Centers; Google Maps has come up with a new feature 2 days ago
Destinations

Hat statues on the island, where the secrets are hidden! 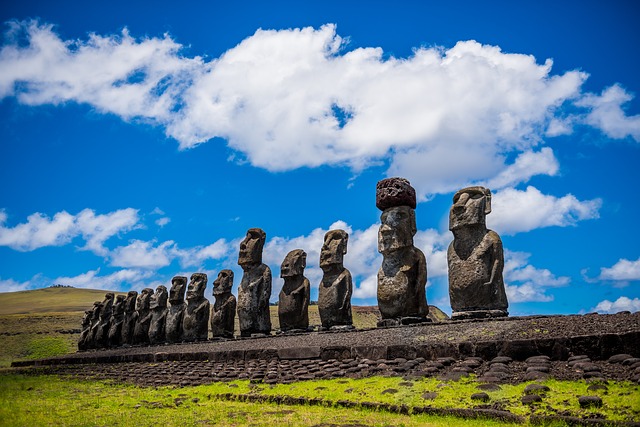 Mysteries that have not yet been fully revealed … An island surrounded by mysteries, secrets that have not been uncovered despite decades of research and exploration, are all about Easter Island. Easter Island with the most interesting and rich history in the world and at the same time strange style. The 64-square-mile Easter Island Rapa Nui has many unanswered questions for tourists and historians alike. From the origins of the island’s first inhabitants to the discoveries of Easter Island heads to the most fascinating Easter Island facts.

Jacob Roggeveen, a Dutch sailor discovers Easter Island quite unexpectedly. The first European traveler and Dutchman, Jacob Roggeveen arrived here on Easter Sunday, 1772. It was in that memory that he named the island Easter Island. He gave the name ‘Paasch-Eyland’ in Dutch. When they arrived on the island, it seemed very ordinary, but then they came to see the stone statues that amazed the world.

The uniqueness of Easter Island lies in the mysteries that have not yet been revealed. The secret of the statues with the caps on their heads is still unknown. History has shown that the statue was erected by the locals of Rapa Nui, but it is amazing how such a huge statue could have come here without the help of any technology. Huge stone statues found all over the island. It can be seen here as a symbol of the lost glory and rich history of the Rapa Nui sect.

The colossal stone statues of Easter Island are known as Moai. It is believed that these are huge sculptures representing the faces of their ancestors. The hat on their head is also known as pukao. There are a total of 887 stone statues in different parts of the island. 397 are in the rock cave called ‘Rano Raraku. The size of the stone wall where the huge statues are located is also larger than we can imagine

The statues in various parts of the island are either completed or unfinished. The largest statue on the island is 10 meters high and weighs 82 tons. If you take the unfinished statues, their size will outweigh it. The statue, which is halfway through the work, is 21 meters high and weighs 270 tons. The average height of the statues on the island is four meters and the average weight is 12.5 tons.

All the statues here have one thing in common. They all have large heads and small bodies. Only the heads of most of the statues can be seen here. Later excavations revealed their body parts in the soil. According to the studies conducted here, the faces of the people who lived here at that time do not have these faces. To this day it remains unanswered what they modeled on the construction.

Studies show that the statue was first made of hats and then caps. The difference between the stones used to make the cap and the statue led to this conclusion. The two rocks lie on two sides of the island. However, how such marvelous structures were constructed in the absence of any technology remains an unsolved mystery.

The most isolated island in the world

Easter Island is one of the most remote and inhabited islands in the world. The distance from the island to their home country of Chile is 7750 km. The nearest island is 1770 km away. Chile is about 3,800 kilometers off the coast of its nearest neighbor, Chile, in the southeastern Pacific Ocean.

Due to the lack of ports, the only way to get to Easter Island is by plane, which takes about five hours from Santiago Airport in Chile. It takes about seven hours to reach here from Tahiti.