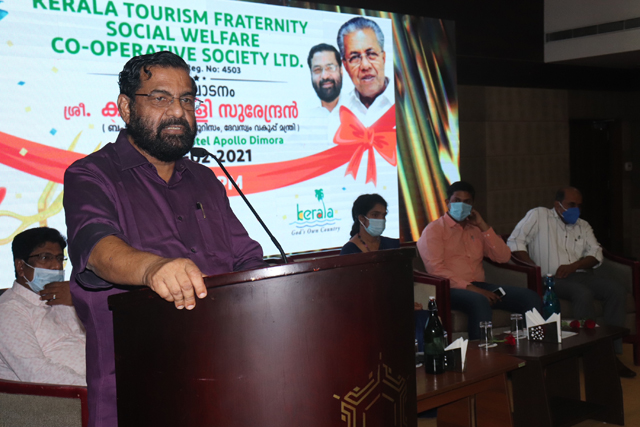 In an effort to bring the tourism sector close to the well-functioning cooperative movement in Kerala and to avail its benefits to the ailing tourism fraternity, a new cooperative society named, Kerala Tourism Fraternity Social Welfare Cooperative Society Limited (KTFCS) was launched in Kerala at the aegis of Association of Tourism Trade Organisations, India (ATTOI). Minister of Tourism & Cooperative Minister Kerala, Kadakampally Surendran, launched the society at a function held at Thiruvananthapuram on Sunday the 21st FEB.

The Minister in his inaugural address said that the tourism enterprises should aim to target and tap the well-established co-operative sector for finance, especially since the public sector banks are reluctant to offer loans to the tourism sector which is in dire straits. He added “Kerala’s co-operative sector is very large. However, it has not been able to make its presence felt in the tourism sector. This new society, KTFCS will be able to bring a change to this.”

KTFCS has plans to speed up the revival of the state’s tourism sector by coordinating the activities of regional tourist centers and the stakeholders by forming societies to solve their problems, he added before unveiling the logo of KTFCS.

Rani George, Principal Secretary, Tourism, Kerala said that “Although the government had many programs to support the tourism sector during the pandemic times, KTFCS will be very helpful to those working in the sector”. She also showered praises on ATTOI for the innovative and unique initiatives and its effective involvement in the tourism sector of Kerala. 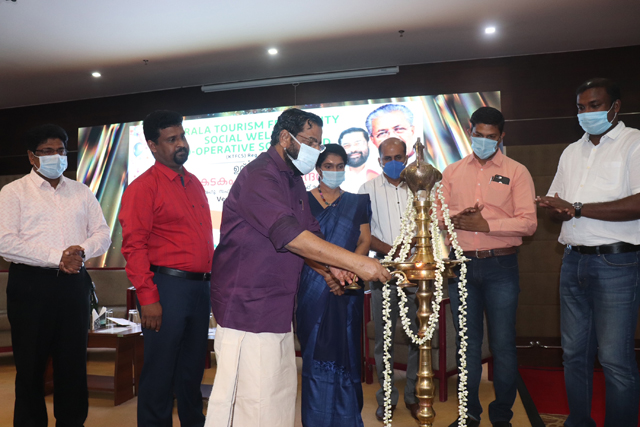 P Bala Kiran IAS, Director, Tourism who spoke at the launch said “ The society was created from the lessons learned from the experience of the pandemic and it will result in bringing a better working atmosphere to the sector”

“The society is being formed keeping in mind the development of the tourism sector and the welfare of those working in it. KTFCS will take the lead in finding capital, loans, and resource mobilization in the tourism sector” said Anish Kumar PK, former President of ATTOI and Chief Promoter of KTFCS.