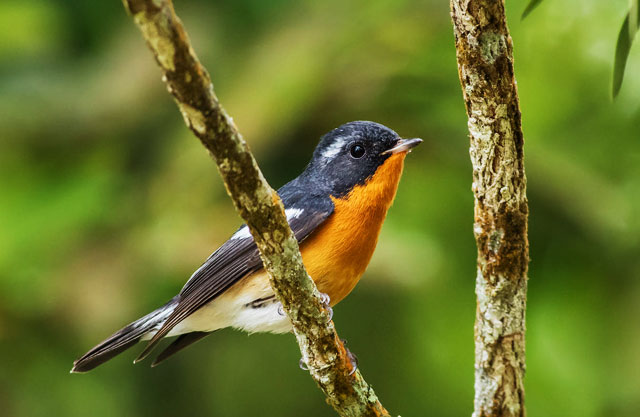 The critical endangered Yellow Breasted Bunting has been reconfirmed recording in Boeung Prek Lapouv, a Landscape Protection Area in a large wetland in the Lower Mekong Delta, located in Borey Chulsar and Koh Andet districts of Takeo province.

“This is a reconfirmed recording after we lost information for the last three years. Land encroachment, water shortage in the dry season, and poisoning caused by the overuse of chemical fertilizers and pesticides are key threats in this wetland,” it said. “The reconfirmed recording of Yellow Breasted Bunting at Boeung Prek Lapouv is evident to prove that this wetland still plays a significant role in supporting the living of residential water birds and migratory birds including Sarus Crane, Yellow Breasted Bunting…”

Before the year 2000, in Cambodia, a big flock of Yellow Breasted Bunting – up to more than 1,000 birds – have been recorded, however, currently, it appears in the small flock (sometimes only two birds).

Yellow Breasted Bunting (Emberiza aureola) was listed as a Critically Endangered species in the IUNC-Red List because its global population saw a decline by about 80 percent in the last few years. This bird nest in European and North Asian countries and then migrates to Asian countries including India, South China, Cambodia, Vietnam, Thai, and Myanmar until the next breeding season before moving back to Europe.