Festival and Events At Mathura temple, Ravana worshipped on Dusshera 3 days ago
Events 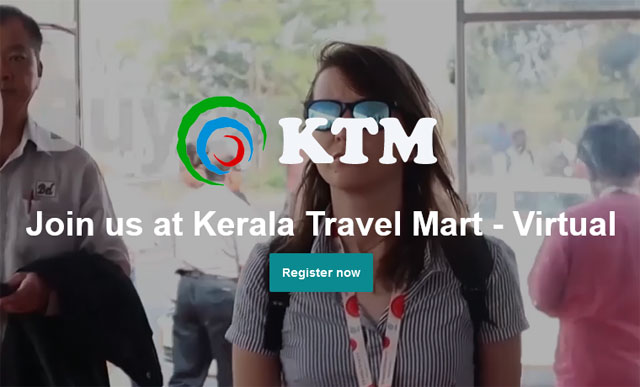 The 5-day-long virtual exhibition will have B2B meetings and seminars on different topics. There will be seminars on all five days where experts from the industry will discuss and deliberate ways to revive the tourism sector in the state.

The motive to promote tourism and its related activities in the State of Kerala led to the formation of the Kerala Travel Mart Society in 2000. This society’s major objective was to create a common ground for travel agents from across the globe and the service providers in Kerala to connect. This not just led to the promotion of Tourism, but also gave rise to a professional approach to Tourism activities in Kerala. KTM claims to be the only Travel Mart that concentrates on a single state, making it a unique brand.

Since then, KTM has been the spokesman for the tourism industry in the State of Kerala. It also remains a non-profit organization that has been keen on promoting Tourism and its various sectors. Right from Hotels to service providers, the KTM society has been incorporating the best in all tourism sectors and showcases them to the world. Its sole objective being the promotion and progress of Kerala Tourism has been the leading force for the success of Kerala Travel Mart. Society plays a vital role in filtering the best product service providers which enable customers to choose better.

The exhibitors at the virtual trade show will be members of the KTM Society. According to sources, there will be a renewed focus on Ayurveda and Wellness aspects of Kerala at the Virtual exhibition so as to attract more wellness seekers to the State post Covid19.

After the Ministry of Tourism, Government of India, and the Federation of Associations in Indian Tourism & Hospitality (FAITH) announced the third edition of India Tourism Mart (ITM) virtually from February 18-20, KTM is the second major trade exhibition to go the virtual way.