All you need to know about Hungarian Cuisine 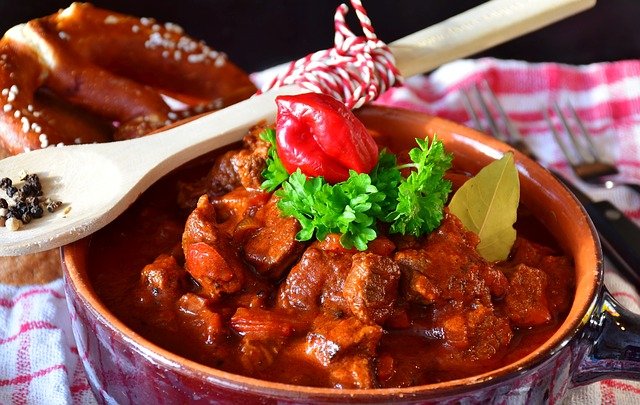 Hungarian gastronomy relies quite heavily on the practices of old peasant-style cooking and the versions incorporated into turn-of-the-century bourgeois cuisine. Typically, onions, paprika, and sour cream are the dominant flavors.

Pork is the most common meat since, during the Turkish occupation, almost all domestic animals had to be turned in except for pork, because Muslims are not allowed to eat it. It follows that red paprika (Turkish pepper), bacon, and sausages are frequently used ingredients in Hungarian foods. In addition to processing the meat of the animal, Hungarians are also keen users of offal in many dishes. This includes tripe, kidney, marrow, or the popular blood sausage, called hurka in Hungarian, which is similar in composition to its Catalan, Scottish, Belgian, or French artisanal counterparts. In addition, chicken, beef, and fish dishes are often part of the daily fare. Recently, the varieties native to Hungary have started to appear on menus: Mangalica pork, grey cattle, saline carp from Akasztó, goose, and sterlet to mention only the more common ones. Meats are mostly made as a stew (called pörkölt), fried as schnitzel, or prepared as a paprikás (a creamy stew).

Another legacy of peasant cuisine is pasta-based dishes made with cottage cheese and sour cream (Hungarians process dairy products in a special way and use them in countless forms) that are reminiscent of similar pasta dishes known from Slavic cuisine. Lángos, a form of fried dough, is a Hungarikum in the fast-food category. There is hardly a dish without a blob of sour cream added, and most sauces are also made with this rather than with cream. Although due to the spread of Asian cuisine in the 20th century, it will not be readily apparent to visitors, Hungarians have been eating large bowls of soup for a long time. Soup is an essential part of any lunch. Vegetable stews made with roux called főzelék are also a very popular everyday dish. Commonly used vegetables are cabbage, green peppers, tomatoes, and beans. Think Székely cabbage or lecsó.

FOR THOSE WITH A SWEET TOOTH 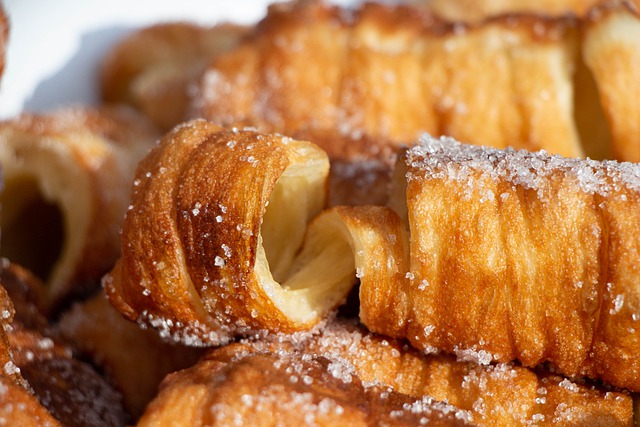 While on the topic of plants, let’s mention the poppy seed, which Hungarians use not just to decorate pastries, but, mixed with powdered sugar, also as a sweet pasta topping or as a filling for a number of cakes. When it comes to desserts, it is difficult to list the many Hungarian specialties: Dobos cake, Esterházy cake, Gerbeaud cake, Rigó Jancsi, Rákóczi cottage cheesecake, Somlói sponge cake, Gundel pancakes, meringue snowballs (madártej), golden walnut dumplings (Arany Galuska), poppy seed bread pudding (mákosguba), chimney cake, pumpkin-poppy, apple or sweet cheese strudel.

Hungarian gastronomy, however, is constantly transforming and not only preserving its past but also updating it. One example is the decade-old sourdough cucumber soup, which renewed a popular pickle in the form of a light summer soup. Wherever you head in the country, you are sure to have a great gastronomic adventure. Bon appétit! 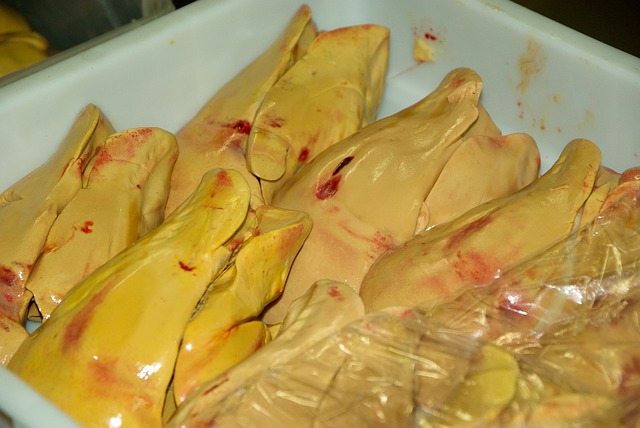 Duck foie gras is an extremely sophisticated appetizer that just melts in the mouth. What’s really amazing about it is that its preparation doesn’t require any special training. The duck liver should be fried in its own fat so that the fat completely covers the liver. You shouldn’t heat it too much so the inside doesn’t stay raw while it gets a crust on the outside.

Salt and pepper must be added before frying, and the fat can be seasoned with onions, garlic, and thyme. When fried, let it cool in its own fat and then finally place it in the fridge until consumed. The inside of the liver should be pink when sliced and eaten spread on toast. This is such a simple dish that you can safely order it at any time, in any restaurant, because it simply can’t go wrong. If the ingredient is good, it will also taste good. But be careful, because it’s as rich as it is delicious. It’s an appetizer for a good reason. You may not feel too well if you fill up on it. You may run into an updated version at restaurants, such as Daniel Bernat’s Sichuan pepper foie gras with smoked salt and honey-soy sauce-honeydew reduction, or György Tivadar’s Tokaji Aszú duck liver foam in paprika jelly. These are also worth a taste.