Secret stairway to the soul 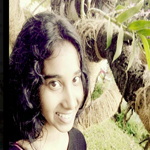 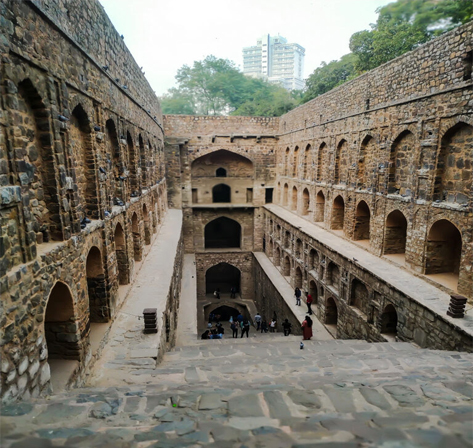 When the cool breeze hits you as you’re walking down the street of Hailey Road, New Delhi, realisation dawns that the breeze is as cold as the goosebumps you get on your skin when you look at the magnificent wall art. The painting depicts a woman, hands shackled in chains and a beating heart visible through the layered rib-cage, all the while as she carries a smile on her face and strives to be liberated.

The wall has broken layers of bricks and the second painting is a tattered yet intimidating face of a women, one half, a beautiful face and the other half her dying skull with shining eyes.

After walking a few more steps, you will reach your destination. 108 giant steps guarded by 3 high leveled platforms engraved with arch-gates makes the Agrasen ki Bauli, aka Ugrasen ki Bauli. The entire step-well (bauli) was created from red sandstone which stretches 60m long and 15m wide and is only thought to have been built by King Agrasen.

The ancient sandstone maintains a steady cold temperature. The Bauli was once used as a stepping well to store and use groundwater, but now, however it only serves its purpose as home to hundreds of pigeons and a breathtaking site for visitors. Why? Keeping aside the fact that it can be maintained better, given the vandalism and lack of proper protection for a historic monument, the architecture is inexorably mysterious to those who have an eye for it.

To me, the building felt as if it keeps many secrets to itself. For such an planned architectural beauty, the building has unaligned and asymmetrical doors, which may have served for unknown purposes. At the far right end of the bauli, there are normal, dead-end stairs. It can be assumed that the construction was once destroyed and this part was not given much importance to be reconstructed in the 14th century, however, the fact that the stairway still seemed to be strong beyond its years is questionable. To its left side holds a beautiful display of artwork of the Lodhi Dynasty. It is a must visit for those who go crazy about history, art and architecture. And the rest of you? Well, the bauli is rumored to be haunted! But, I didn’t think so even though it has a history of suicide cases and rising of black colored water; so you can take a visit and prove me wrong or tell me more mysterious facts you might have found out.

Panchami Menon is based in New Delhi and loves travel and adventure.