Is Bengaluru the next Cape Town? 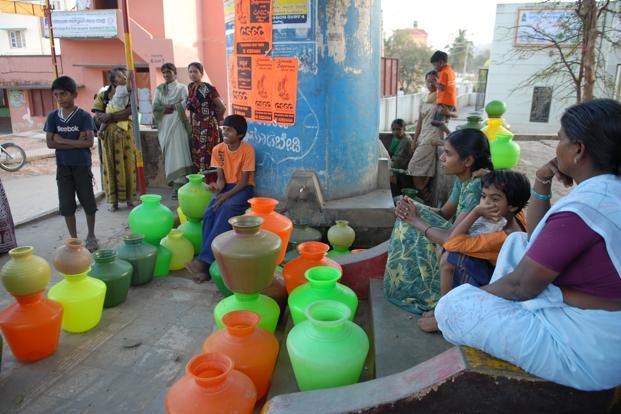 It was with much ease that we read the news about Day Zero in Cape Town, where the local government will shut down water connections for homes and business. We thought that this is somewhere far away from us and we are safe. But, in a recent list put forward by the BBC where it has listed Bengaluru in the second position after Sao Paulo in Australia in the “11 cities most likely to run out of drinking water”. This sounds alarming, right?

At a time when the Central Public Health and Environmental Engineering Organisation, has set the domestic water usage per capita per day is 135 litres, the Bengaluru Development Minister K J George had recently said that the availability of water per person per day will be a meagre 88 litres by 20131.

The state government has promised to spend Rs 5,500 crore by 2023 to increase water availability in India’s Silicon Valley and thereby increasing the water availability to 2175 million litres per day from the current 1391 million litres per day. With the population of the city expected to reach 20 million by 20131, this is not a promise which is worth looking forward to.

The over extraction of ground water is going to make the situation worse and may even lead to much severe situations leading forced evacuation of people from the city. The urbanisation and bad, improper sewage management has put the lakes, which had a storage capacity of 35 tmcft of water in the past, has put the city into more trouble. Many of the lakes have disappeared and the ones that are still running is about to die.

Rather than false promises and over enthusiastic pledges, Bengaluru needs a proper solution for its water crisis. Cape Town is majorly depended of tourism alone but, Bengaluru, being the IT hub, is going to be hit severely considering the myriad industries and its allied bodies and the huge workload it carries with it.