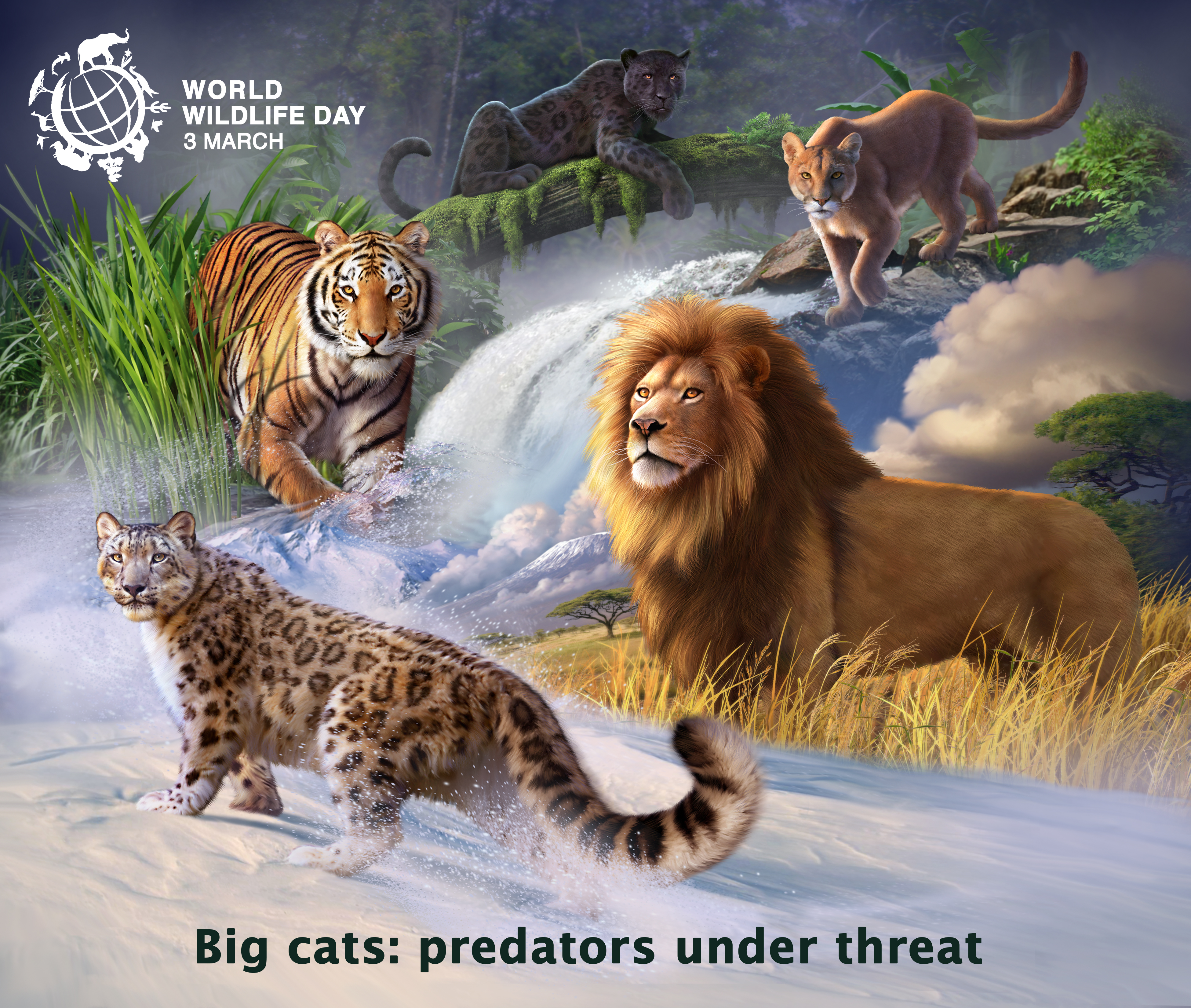 Big cats are among the most widely recognized and admired animals across the globe. However, today these charismatic predators are facing many and varied threats, which are mostly caused by human activities. Overall, their populations are declining at a disturbing rate due to loss of habitat and prey, conflicts with people, poaching and illegal trade. For example, tiger populations plummeted by 95 per cent over the past 100 years and African lion populations dropped by 40 per cent in just 20 years. But a range of measures are underway to arrest this decline. 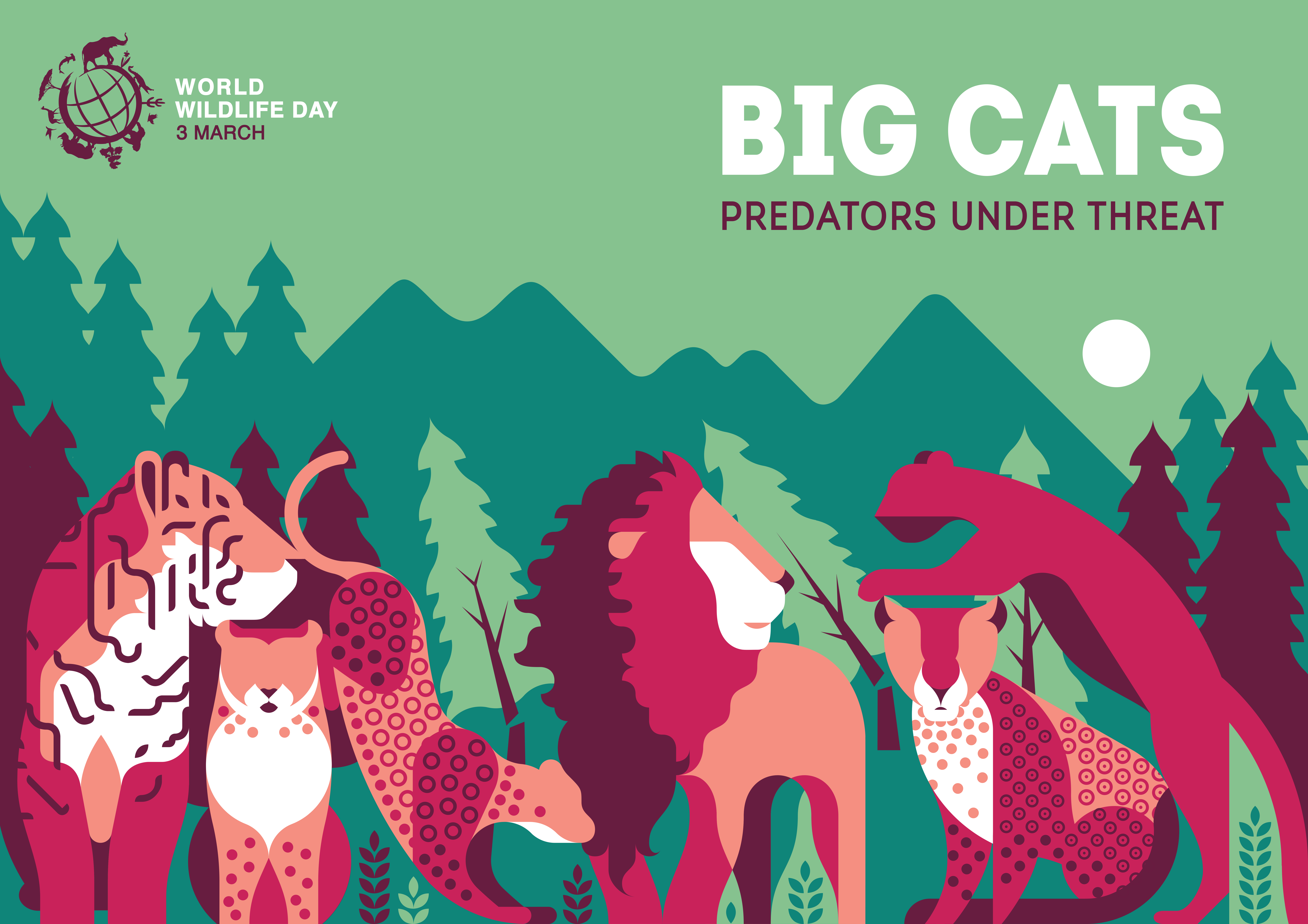 In an effort to reach as wide an audience as possible, the expanded definition of big cats is being used, which includes not only lion, tiger, leopard and jaguar — the 4 largest wild cats that can roar – but also cheetah, snow leopard, puma, clouded leopard, etc. Big cat species are found in Africa, Asia, and North, Central and South America, representing a virtually global distribution.

Over the past century we have been losing big cats, the planet’s most majestic predators, at an alarming rate. World Wildlife Day 2018 gives us the opportunity to raise awareness about their plight and to galvanize support for the many global and national actions that are underway to save these iconic species.