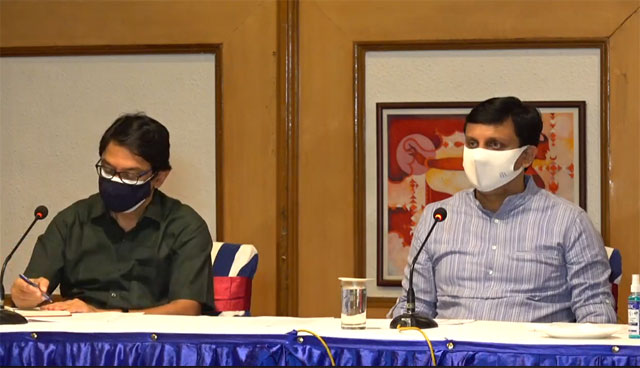 Events that introduce tourism destinations, art, culture, and food diversity will also be conducted with the help of visual media. The idea put forward by the Department of Tourism this time as part of the Onam celebrations is ‘Viswamanavikathayude Loka Ona Pookkalam‘. Malayalees from all over the world can upload their Onampookkalam on the digital platform of the Department of Tourism. There will be special prizes for entries in Kerala and abroad. Registration on the Department of Tourism’s website will begin on August 10. Expatriate Malayalees will also participate in the virtual Onam celebrations. Minister said that discussions are being held with various foreign Malayalee organizations.

The Minister said that in collaboration with the digital media and television channels, consideration is being given to giving prominence to the traditional arts and thereby creating opportunities for artists to get opportunities.

Tourism centers are opening. Domestic tourists are targeted at this stage. Families who have been vaccinated with a single dose will be allowed to stay in hotels. Even in the containment zones, it is suggested not to bother with such hotels and tourists. Vaithiri in the Wayanad district was 100 percent vaccinated with the help of the health department. The protocol must be followed, including on beaches. The Minister also informed that an app is being prepared by connecting the unexplored centers in Kerala.

Covid has caused huge losses to the tourism sector. The loss from March 2020 to December 2020 was estimated at Rs 33,000 crore. On the foreign exchange, the minister said there was a loss of Rs 7,000 crore.