Rail Cargo movement between India and Nepal gets a big boost. 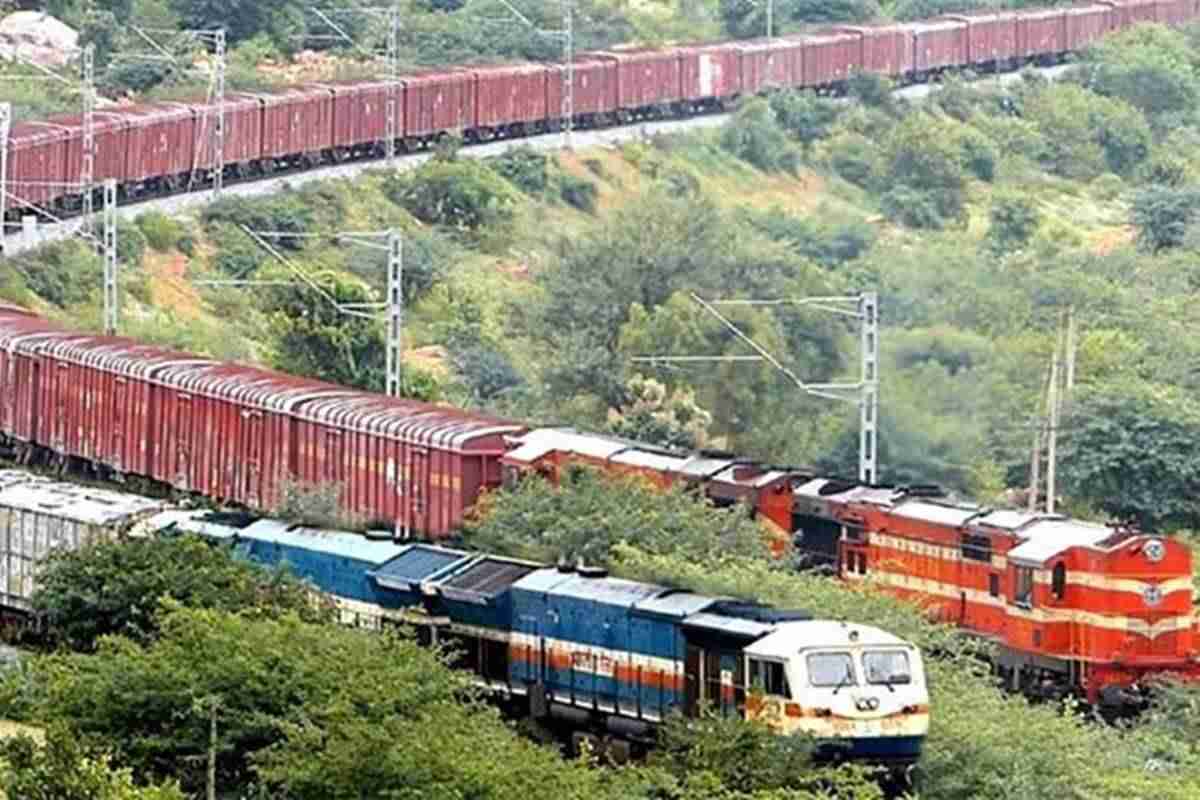 Rail Transportation between India & Nepal got a major boost today with coming into force of authorization to all cargo train operators to utilize the Indian railway network to carry all containers bound for Nepal whether bilateral freight between Indian and Nepal or third country freight from Indian ports to Nepal. This liberalization will allow market forces to come up in the rail freight segment in Nepal and is likely to increase efficiency and cost- competitiveness, eventually benefiting the Nepalese consumer.

It comes into effect from 09.07.2021 after the formal exchange of Note Verbales and signed copies of the Letter of Exchange between officials of India & Nepal.

After this LoE, all kinds of cargoes in all categories of wagons that can carry freight on the Indian Railways network within India can also carry freight to and from Nepal.

The move will reduce transportation costs for automobiles and certain other products whose carriage takes place in special wagons.

Wagons owned by Nepal Railway Company will also be authorized to carry Nepal-bound freight (inbound and outbound on Kolkata/Haldia to Biratnagar/Birganj routes) over the Indian Railways network as per IR standards and procedures.

The signing of this LoE marks another milestone in India’s efforts to enhance regional connectivity under the “Neighbourhood First”  policy.

1.       The Rail Services Agreement was executed on 21.05.2004 between the Ministry of Railways, Government of India and Ministry of Industry, Commerce & Supplies (now Ministry of Commerce), His Majesty’s Government of Nepal (now Govt. of Nepal) for the introduction of freight train services between these two countries to and from Birgunj (Nepal) via Raxaul (India).   This is an agreement which guides movement between India and Nepal by rail.  The rationale for this Agreement is that there was no rail movement prior to this between the two countries and hence a framework was required for operational and commercial aspects and procedures for customs clearances for rail-bound cargo.  Since then large various developments have taken place which requires changes to the Rail Services Agreement.

2.         There is a provision in Article 1.4 of the RSA that “the Agreement shall be reviewed every five years and may be modified by the Contracting Parties by mutual consent.

3          For effecting amendments in the relevant Articles to RSA, Letters of Exchange (LoE) are signed from both sides.    In the past, there have been amendments to RSA through LoE on three occasions.  The first such amendment to RSA-2004 was effected through the Letter of Exchange (LoE) signed on 21st May 2004. The second LoE was signed on 17th December 2008 at the time of introduction of bilateral cargo between the two countries which required the introduction of new customs procedure and Third LoE was signed on 19/20.02.2016 enabling rail transit traffic to/from Vishakhapatnam Port in addition to the existing provision of rail transportation through Kolkata/Haldia Port.

It may be noted that the current LoE has been finalized and signed on 28th June 2021 by Govt. of Nepal which was acknowledged by the Ministry of Railways (Govt. of India) by signing the LoE on 29.06.2021.  It comes into effect from 09.07.2021 after the formal exchange of Note Verbales and signed copies of LoE.