Remnants of a Stormy Past- Chettuva Fort 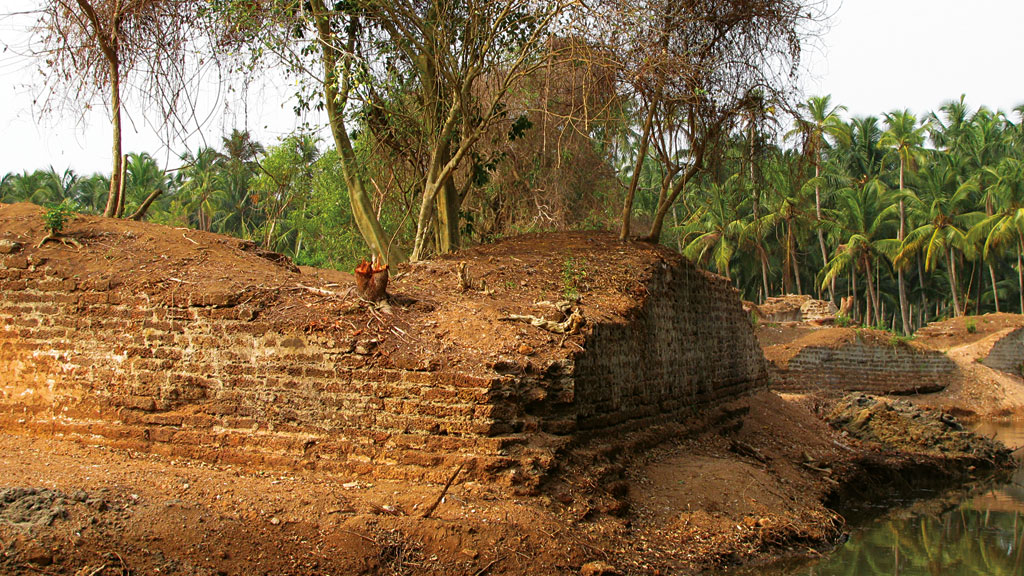 Standing witness to the passage of time are the glorious ruins of an island fortress that dates to the late medieval period – the Chettuva Fort. It is also the sole fort ever to be constructed by the Dutch in Kerala.

Located on the banks of the Chettuvai river, the Chettuva Fort which is in a shambles now is also called Tipu Sultan’s fort as it was briefly occupied by Tipu Sultan.

One walks into the fort through a land bridge, across a moat that runs around the fortress. Only the ruins of the fort remain here and one can see the remnants of the rampart and other dilapidated structures here and there.

The fort was built by the Dutch as a military base to thwart any kind of incursion from the Zamorin (ruler of Calicut). The fort was constructed under the supervision of the Commandant of Cochin Mr B. Ketel. History has it that the fort was washed away partially by a flooding river at some point of time.

While all other forts were captured from the Portuguese by the Dutch through conquests, the Chettuva Fort is the only fort the Dutch ever constructed in the state.