Kerala Travel Mart gets off to a great start 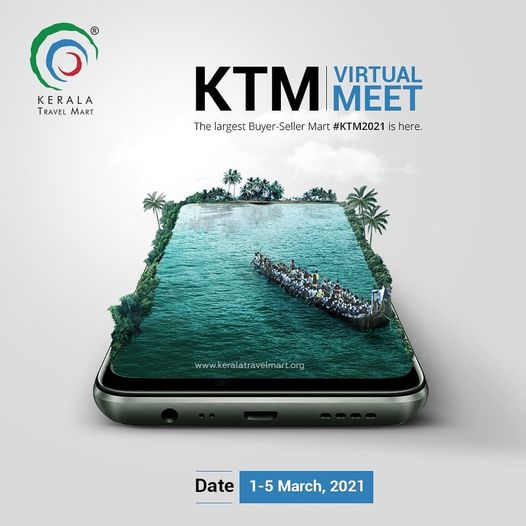 Kerala Travel Mart (KTM) — one of India’s biggest and prolific tourism meets has got off to a great start with governor Arif Mohammed Khan inaugurating the Mart through Video conferencing. In his speech, he drew attention to the need to highlight domestic tourism for better collaboration among different states and even greater understanding between people.

The event of 11th KTM which is held on a virtual platform for the first time aims to engage around 500 international buyers and 650 domestic buyers, facilitating 15,000 meetings between these buyers and exhibitors from all over Kerala.

Speaking at the inauguration he said

“A better industry-level coordination in hospitality and transportation and an inter-state understanding to rationalize and simplify taxes and tariffs will help in leveraging the true potential of our domestic market in tourism”.

Stressing the need to embrace the spirit of ”Atmanirbhar Bharat” by treating domestic tourism as the mainstay for the industry when global air travel is facing restrictions, he said, “Let tourism enable people of every part of India to understand and value each other so that we strengthen our cultural unity as a nation.”

Khan also complimented Kerala’s tourism projects aimed at making it a “complete and different destination with focus on cultural heritage”.

The inaugural function was held physically at Thiruvananthapuram and was streamed live for the buyers around the world and the sellers from Kerala. The function was followed by a dance performance based on the theme of National Integration.