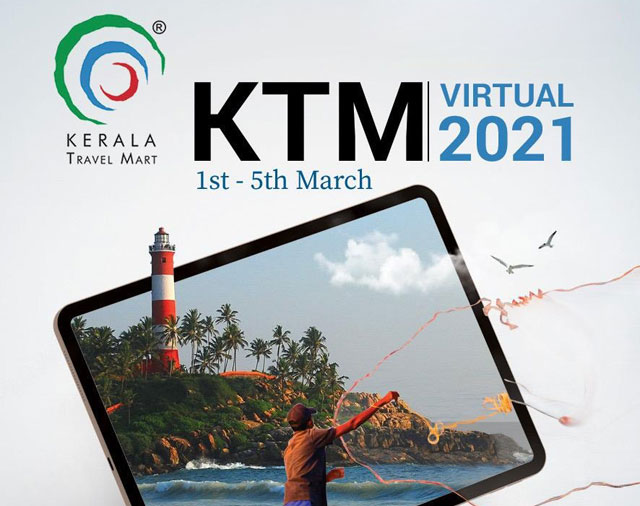 Chief Minister Shri Pinarayi Vijayan will open next week’s Kerala Travel Mart (KTM) that seeks to reinvigorate the state’s tourism, as the March 1-5 virtual braces up to take full advantage out of a post-Covid scenario by initiating a milestone convergence of domestic and foreign buyers in the vital sector.

Tourism Minister Shri Kadakampally Surendran will chair the inaugural function at the Uday Palace Convention Centre at Kowdiar in the heart of the city. Finance Minister Dr T M Thomas Isaac will be the chief guest at the ceremony being organized in strict adherence to Covid-19 protocol, according to KTM Society which is India’s biggest organization in the travel and tourism segment.

KTM, as the country’s biggest tourism meet, will facilitate domestic and foreign buyers to hold online interactions with 700 sellers across continents. The prime aim is to restore the pace of growth of tourism that has been affected for a year owing to the outbreak of the global pandemic, organizers said.

The five-day meet, which will be attended by all members of the KTM Society, is set to exhibit the various products of the state’s tourism sector.

The previous edition (2018) of the KTM, too, was held in the aftermath of a disaster: floods. That time (in September), the meet sought to allay public apprehensions about the monsoon calamity upsetting Kerala’s tourism prospects. The upcoming KTM, too, works for a similar model that can inspire confidence in the stakeholders. The deliberations are aimed to chart out ways that can help the sector lessen the losses owing to Covid-19 and its lingering effects.