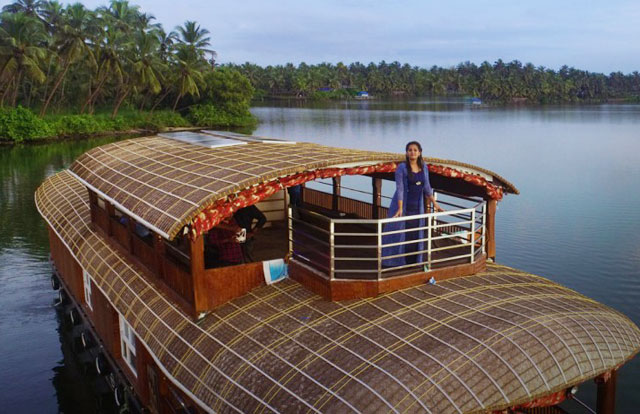 Tourists visiting Kerala will soon be able to enjoy a river cruise like never before. Kerala Tourism is launching the pioneering Malanad-Malabar River Cruise on 15 February next week, which features 11 types of boat rides that provide individual thematic experiences and attracts tourists to the state’s less-explored areas.

The inaugural cruise boat will enter the waters next week as part of the innovative project that aims to brighten the waterways in the northern districts of Kannur and Kasaragod.

The project is being implemented by the government’s Inland Navigation Department and state-owned KEL, with T V Madhukumar as the architect

Kerala Tourism Minister Kadakampally Surendran has said, “It guarantees a better livelihood to the people around. They include the fisherfolk, farmers, drivers of cabs and auto-rickshaws, handicraft workers and handloom laborers.”

The first service will be on the route linking Parassinikkadavu and Pazhayangadi. The project will also help showcase the Malabar region’s culture, rich with local legends and folk arts.

The endeavor envisages 48 boat terminals and jetties along seven rivers across the districts of Kannur and Kasaragod. The work on two terminals is over. Upholding the principles of Responsible Tourism, the project also ensures the participation of the local population.

KTDC will run the boats, six of which are being manufactured, in the first phase, by the Kerala Shipping and Inland Navigation Corporation.

Rani George, Principal Secretary of Kerala Tourism, has said the state-of-the-art boat terminals at Parassinikkadavu and Pazhayangadi in the Kannur district have been completed at a cost of ₹7.5 crores. “Both the government and private parties would run the cruises,” she said.