Festival and Events At Mathura temple, Ravana worshipped on Dusshera 3 days ago
Gulf 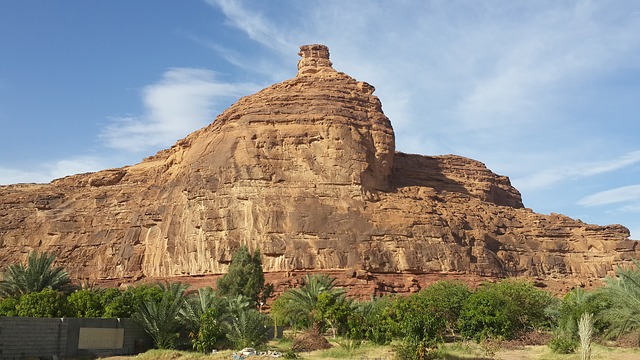 AlUla is home to several outstanding archaeological sites, including Mada’in Salih (Cities of Salih), also known as Hegra or Al-Hijr (“The Stoneland” or “The Rocky Place”), which dates back to 300 BCE and which in 2008 became the first of Saudi Arabia’s five UNESCO World Heritage Site sites.

A majority of the remains date from the Nabatean kingdom. The site was the kingdom’s southernmost settlement and its largest after Petra in Jordan.

Mohammed al-Sabban, an economist told that holding the Gulf summit in AlUla city came to advance Saudi Vision 2030, a framework whose main goal is to diversify the nation’s economy.

“Thus, it is important to focus on and open up the tourism sector, as this will increase economic returns and the contribution to the gross national product,” he added.

“It also reflects the kingdom’s interest in tourism, as the city has become an attractive center for many contests and concerts. … A lot of attention is given to this city.”

This reflects a major shift in Saudi policy toward tourism and the openness of society, by receiving foreign visitors, holding concerts, and receiving top singers, artists, and actors.

“AlUla is a beautiful region in which the climate is moderate, and it is a major tourist destination in the kingdom,” Sabban continued. “It includes a historical heritage that goes back to the Prophet Salih, which is beautiful and wonderful.”

This would benefit the region in general and the Kingdom of Saudi Arabia in particular, in line with Vision 2030, Sabban said.

The Royal Commission of AlUla was tasked with developing the governorate in a manner commensurate with its historical value, civilizational position, and archaeological sites, in order to achieve the economic and cultural goals of the Vision 2030 framework.

Suleiman al-Ogaily, an analyst, writer, and member of the board of directors of the Saudi Society for Political Science said that AlUla, as a center of tourism with a World Heritage Site, would be used to diversify revenue sources under Vision 2030.

“Tourism has become a major goal of Riyadh Vision 2030,” he said, given that a royal commission was established to advance it.

The kingdom was hosting the summit in AlUla to present the Saudi human heritage tourism project not only to the region but to the entire world, Ogaily clarified.

“AlUla is on the list of archaeological sites in the kingdom, which is replete with antiquities dating back thousands of years,” he said.

Although only a small part of the Saudi Vision 2030 projects focuses on tourism and culture, and most are industrial projects, “AlUla’s archaeological area forms a very important part of the Saudi tourism project, and of the cultural project as well,” Ogaily said.

The Royal Commission for AlUla Governorate was formed to establish the largest Islamic museum in the kingdom, in accordance with the highest international standards and using the latest technical means in collection, preservation, display, and documentation, to allow the world to learn about Islamic history in the Arabian Peninsula.

During a visit of the commission to France in 2018, an agreement was signed with the French government to develop a sustainable tourism and heritage sector in AlUla along with other international partners, to protect Saudi heritage and nature.