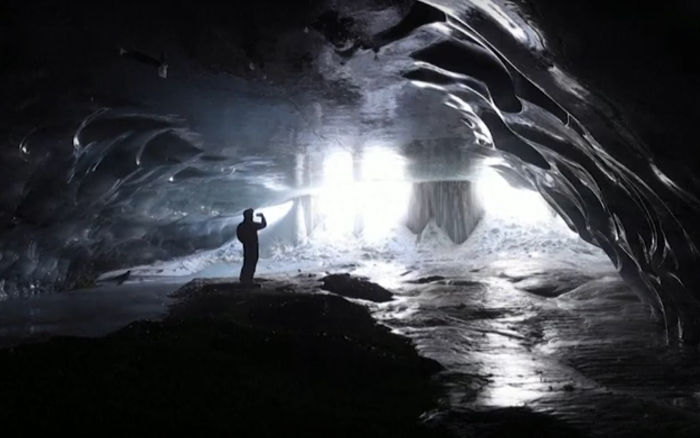 An ice cave formed naturally on a high-altitude glacier in the Swiss Alps became accessible this week, to the delight of visitors who came to marvel at the huge blue vault of the “ice cathedral”.

Changing size and shape from year to year, the cave has a rounded ceiling made of thick ice about 5 meters high and is 20 meters long.

The site is accessible by foot in 15 minutes from the chairlift at Glacier 3000 above the resort of Les Diablerets, but at your own risk, organizers warned.

In the last years … we had kind of an ice cave but it was different, it was steeper. And this year it looks like an ice cathedral, so it’s really beautiful,” said Bernhard Tschannen, CEO of Glacier 3000, inside the cave.

He added that this year the cave’s interior is quite flat, making access easier.

Also named “the Mill”, the natural ice cave has formed through a siphon effect. Every spring and summer, the cavity fills with water from the snowmelt, forming a lake. During autumn, the plug disappears and the water drains, leaving the cave.